Are your sales people leading with gain or pain? 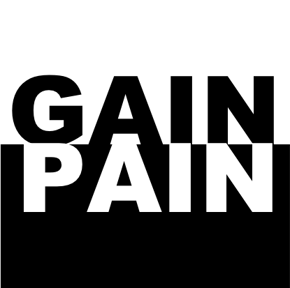 Most B2B-focused sales people have been taught that it’s more effective to promote the projected “benefits” of their solution than to subject their prospects to a tediously detailed presentation of the features of their product or service.

There’s a natural tendency to want to emphasise the upside - to seek to persuade the prospect of the positive consequences of a decision to implement their solution. But this focus on potential gain runs the risk of ignoring some of the most important elements of B2B buying psychology.

B2B customers are only too well aware that any change involves risk, and that the management of change is a difficult and complicated mission. Faced with potentially risky decisions, they often default to sticking with the status quo - even if choosing to change could bring the possibility of future benefits.

The first is the “status quo bias”. Simply put, it predicts that until and unless people and organisations perceive a compelling and urgent reason to change, they will always be inclined to prefer to stick with the status quo.

A second related factor finds that when people or organisations do rationalise the need for change, the motivation to invest to avoid a probable loss is twice as powerful as the motivation to spend to achieve a potential gain.

Taken together, the status quo bias and the loss aversion effect explain why - despite the positive benefits that could potentially be achieved from change - many apparently promising sales opportunities end in a decision to “do nothing”, at least for the moment.

As if those two factors weren’t enough, their impact is compounded by the decision paralysis effect. Researchers at the CEB (now part of Gartner) have found that the likelihood of a positive change decision declines dramatically as the number of decision makers grows.

When only one person is involved in a decision (rare, except for low-value transactional purchases) the chances of making a positive buying decision are as high as 80%. When a small group of decision-makers are involved (between 2-5), the chance of a positive decision hovers around the 50-50 mark.

But as soon as the number of decision-makers grows to 6 or more, the chances of a positive decision decline precipitously - to under 30%. That means that 7 out of 10 apparently well qualified buying projects with 6 or more actively involved stakeholders are going to conclude in a decision to do nothing.

When you consider the latest research that confirms that the typical complex B2B buying process now involves an average of 6.8 actively engaged decision makers (and that many deals involve many more stakeholders), it’s no wonder that sales cycles are slipping and that losing “no decision” is now more common than losing to the competition as far as many sales organisations are concerned.

AMPLIFYING THE “PAIN OF SAME”

When we take all of these factors into account, it’s obvious that we need to find better ways of persuading our prospects of the compelling need for change and that if we can’t, we ought to be carefully requalifying those opportunities.

We need to draw our prospective customer’s attention to the costs, risks, consequences and implications of their current situation that they may not yet be aware of or have so far failed to give the proper attention to - also known as the "cost of inaction".

And we need to find ways of personalising those potential costs, risks, consequences and implications so that they seem relevant not only to the organisation as a whole, but also to the departments and functions that each key stakeholder represents.

Before we promote the gains to be made from implementing our solution, we need to amplify the “pain of same” - the negative consequences that are likely to follow if the prospect decides to stick with the status quo.

STILL A PLACE FOR GAIN

Of course, there’s still a fundamentally important need to help our prospects to recognise the uniquely relevant value that adopting our solution will bring to their organisation. There’s still a critical role to play in promoting the positive gains they can expect to achieve.

There’s still tremendous value from articulating the potential value of our approach and our solution not only to the organisation as a whole but also to the departments and functions that each stakeholder represents (as well as aligning with their personal motivations).

Without selling the upside of change, we are unlikely to win. But without highlighting the downside of sticking with the status quo, we are likely to lose.


IF YOU LIKED THIS, YOU'LL PROBABLY ALSO APPRECIATE:

BLOG: Targeting prospects who are “trying but struggling”

BLOG: Are you selling "me-too" or "breakthrough"?

WEBINAR: Selling in the Breakthrough Zone

Bob Apollo is a Fellow of the Association of Professional Sales and the founder of UK-based Inflexion-Point Strategy Partners, home of the Value Selling System®. Following a successful career spanning start-ups, scale-ups and corporates, Bob now works with a growing client base of tech-based B2B-focused high-growth businesses, enabling them to progressively create, capture and confirm their unique value in every customer interaction.