Why the Cost of Inaction is so important in B2B Sales

Return on Investment (ROI) projections are often regarded as a critical element of B2B sales proposals, particular for high-value considered purchases. There’s no arguing that they have a role to play - but your sales people would be very unwise to rely on them.

In fact, I’ve become convinced that over-reliance on ROI calculations is one of a number of key factors that are driving the high level of “decisions to do nothing after all” that so bedevil many long and complex sales cycles. Here’s why: 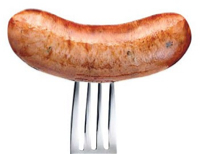 Most prospects have an inherent distrust of vendor-supplied ROI projections, and with good reason. In fact, a prospect’s client recently described them as “like sausage” - “the more you know what goes into them, the less you feel like consuming them”.

All too often, the ROI calculation is either over-complicated or based on a black-box approach in which the relationship between inputs and outputs is unfathomable. And anyway, the vendor will always exaggerate the outcome.

To be credible, any ROI projection must be based on inputs that the prospect has supplied - and on visible assumptions that can be externally validated through case studies and customer references.

But it’s even better if the prospect thinks of the ROI mechanism as their process, rather than the vendors - and this is particularly the case when the organisation has defined internal ROI guidelines that they expect to be applied.

If this is the case, you have to have discovered this - and collaborated with your mobiliser within the prospect organisation - long before you put your proposal in. There are few things more certain to torpedo your proposal than challenging (whether you realise it or not) your prospect’s investment case evaluation criteria.

But the real problem is that having a strong ROI is absolutely no guarantee of a successful sale. To start with, ROI is relative. Whether you know it or not, it’s almost inevitable that your proposal is competing with a raft of other projects that are all screaming for investment.

So your ROI compared to your competition is always going to be far less important than the project’s ROI compared to all the other competing projects, which could involve spending money on something completely different - or leaving it in the bank.

You can’t discount risk from the equation, either. If the project is a new one for the prospect (or if they have been badly burned before), the at-face-value return is inevitably going to be balanced against the risk of failure.

3: The Cost of Inaction is the biggest risk of all

Who else would be affected? What impact would it have on them? Why is it that the organisation has to do something, and do something now, rather than later? Why change at all? Why change now? - and Why change to you?

In an era of risk-averse, consensus-driven decision-making, if you can’t get your prospect to acknowledge the costs and consequences of sticking with the status quo, and if the numbers aren’t strong enough, then it’s almost certain you don’t have an opportunity.

It doesn’t matter how positive the ROI looks - if the costs and consequences of inaction are not painful enough, then the prospect has no motivation to change. You have to demonstrate that your proposal represents the lowest risk of all the options that are open to the prospect - including a decision to do nothing.

How many sausages do you have in your forecast?

I urge you to take a critical look at all the important “qualified” opportunities in your sales forecast. Are the costs and consequences of inaction clear for all of them? Does your proposal spend as much time on the COI as on the ROI? If not, if I were you, I’d start to get nervous.

By the way, mastering the COI is just one of the essential elements that need to be in place if an organisation is to implement the principles behind insight-led selling - and it's just one of the characteristics of top performing B2B sales and marketing organisations.

To learn more about these winning habits, please download our guide.