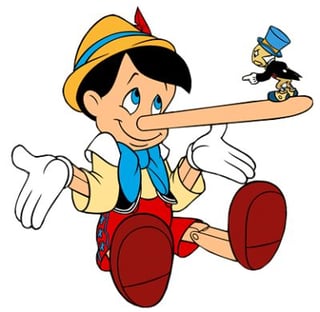 Other than an appropriate level of product knowledge, what are the key attributes of a good B2B sales person? Interpersonal skills? Emotional intelligence? Business expertise? Curiosity? The ability to build rapport?

These are all critically important to modern B2B sales. I can’t imagine hiring anyone into a new sales role that didn’t exhibit these attributes to some degree or another, together with a commitment to continued self-improvement and personal development.

Hopefully, you feel the same way. But I want to highlight another couple of attributes that seem to me to be of central importance.

They are self-awareness coupled with self-honesty, and it’s hard to demonstrate one without the other. We don’t want our sales people fooling either themselves or us. But it’s not just a matter of encouraging these virtues. As sales leaders, we need to ensure that we do not unknowingly or unthinkingly suppress them…

A MATTER OF (JUSTIFIABLE) CONFIDENCE

One of the abiding characteristics of top sales performers is that they have too much respect for their own time to waste it on deals that are unlikely to go anywhere. Their self-awareness and self-honesty gives them the confidence to qualify out bad opportunities early whilst their less-aware, less honest-to-themselves colleagues cling on to dead or dying deals for fear that eliminating them will make their sales pipeline look smaller.

Self-aware, honest-to-themselves sales people are clinically efficient in eliminating these deals even if the apparent “headline value” of their pipeline is reduced as a consequence, because they appreciate that the reality of quality is more important than the illusion of quantity.

WE CAN (AND MUST) HANDLE THE TRUTH

This honest self-awareness is manifested in other positive ways, as well. They tend to have a clear sense of what they know, and what they don’t know, and how they intend to fill in the gaps in their knowledge. They dislike uncertainty, and are prepared to ask tough questions even if they may not like the answer. They are candid in their responses to questions. To misquote Colonel Nathan R. Jessup’s memorable phrase, they can handle the truth*.

They are aware of their limitations, and have sought to reduce, remove or find ways to work around them. They refuse to fool themselves (or anyone else), and would rather know the truth than hope for the best. Far from thinking that what they don’t know can’t hurt them, they are very aware that what they don’t know or refuse to acknowledge will almost inevitably come back to bite them.

Ralph Waldo Emerson had something similar in mind when he remarked that “Great men (and women), great nations, have not been boasters and buffoons, but perceivers of the terror of life, and have manned themselves to face it” (something our current generation of politicians might do well to bear in mind).

OUR ROLE IN NOT SUPPRESSING THE TRUTH

But as managers our behaviours can sometimes suppress these admirable qualities. Here are just a few examples:

You might be able to think of a few others. One of the catalysts behind this blog was the number of sales people I've spoken to who work for many of today’s blue-chip technology vendors who told me that they saw their employer's forecast review process as a laughable farce in which you were expected to tell managers they wanted to hear rather than confront realities while there was still a chance to influence them. It’s no wonder that many of these vendors are in long-term decline against younger, more agile and more truth-seeking competitors.

In the long term (and even, I would venture to suggest the short-term) the virtues of honest self-awareness far outweigh the perceived short-term conveniences of being “economical with the actuality” with both ourselves and our colleagues. Are you doing all that you could to foster this culture in your organisation?

* Of course, Aaron Sorkin deserves the credit for these words rather than Colonel Jessup (Jack Nicholson), no matter how well the latter delivered them.

IF YOU LIKED THIS, YOU'LL PROBABLY ALSO APPRECIATE:

BLOG: Where is your prospect in their buying journey?

WEBINAR: Selling in the Breakthrough Zone

Bob Apollo is a Fellow of the Association of Professional Sales and the founder of UK-based Inflexion-Point Strategy Partners, home of the Value Selling System®. Following a successful career spanning start-ups, scale-ups and corporates, Bob now works with a growing client base of tech-based B2B-focused high-growth businesses, enabling them to progressively create, capture and confirm their unique value in every customer interaction.