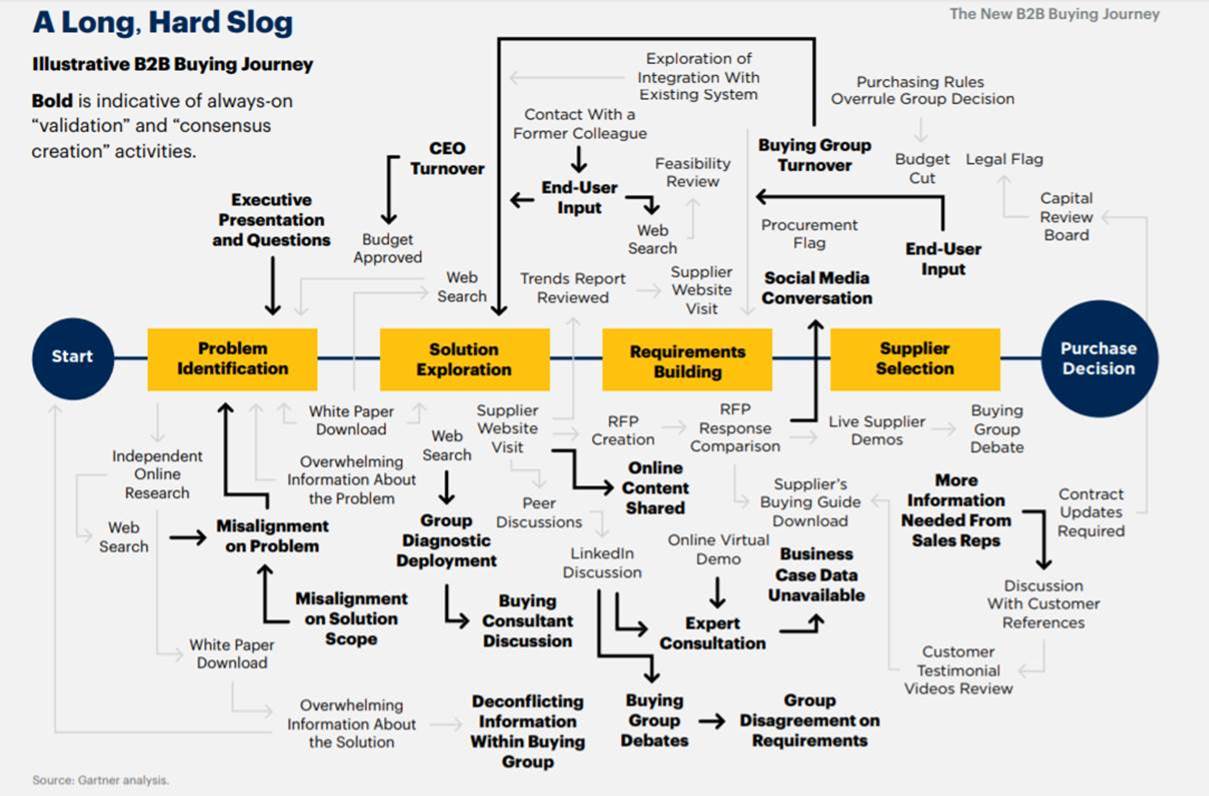 It’s falsely comforting to think of selling as a process in which one step follows logically after another. But although rigidly defined processes might be the best way of running a manufacturing production line, they completely fail to reflect the realityof any moderately complicated sales environment.

It would be convenient if things were simpler. But the truth of the matter is that in complex B2B sales your customer’s buying processes arerarely linear, compounded by the fact that they are sometimes poorly defined or even if they are well defined are often not well understood by many of your customer's decision team.

Rather following a perfectly straight path, many customer decision journeys zig and zag, go backwards as well as forwards, find themselves way off-piste, struggle to achieve consensus, can be redirected on the whim of a single powerful individual or can be abandoned at any stage along the way.

Gartner have recently characterised this "long, hard slog" as looking more like a spaghetti bowl than a conveniently linear process...

END_OF_DOCUMENT_TOKEN_TO_BE_REPLACED

A fresh perspective on the Challenger Sale research

First published in 2011, “The Challenger Sale” must be one of the most widely-read sales books of the past decade, and with good reason. Together with its successor “The Challenger Customer” (which I believe is an even more influential book), it served to introduce powerful new perspectives about today’s increasingly complex B2B sales environment.

The books included a lot of thought-provoking original research - including the widely misinterpreted idea that, on average, the typical B2B buying process is 57% complete before the average customer is ready to talk to a salesperson. The reality, of course, is that the actual figure varies significantly depending on (amongst other things) whether the customer is involved in a familiar or unfamiliar purchase.

But that wasn’t the only data point or - in my opinion - the most important insight, and in a recent webinar the Challenger® team shared some of their latest research into B2B buying motivations. I think you’ll find the conclusions fascinating...

END_OF_DOCUMENT_TOKEN_TO_BE_REPLACED 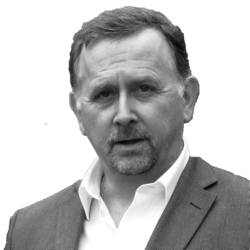 Mark Twain is said to have popularised the phrase “There are three kinds of lies: lies, damned lies, and statistics". In an amusing variation, an obviously learned British judge is said to have categorised witnesses into three classes: “simple liars, damned liars, and experts”.

It often feels like we’re being bombarded by streams of re-quoted, out-of-context statistics from so-called or self-declared experts (often to justify self-labelled “thought leadership” that turns out to be nothing of the sort). And yes, I’ve been guilty of it myself. Maybe you have too.

There’s a fairly standard formula to this: a statistic is quoted, often out of context, and without regard to the limitations of the study from which it was drawn and then used to justify what is in all probability a spurious conclusion. And yes, I’ve probably been guilty of that as well.

But averages are NOT absolute. And none of us, and none of our customers, are average, either. So, it’s time to stop behaving as if we and they are...

END_OF_DOCUMENT_TOKEN_TO_BE_REPLACED

Targeting prospects who are “trying but struggling” 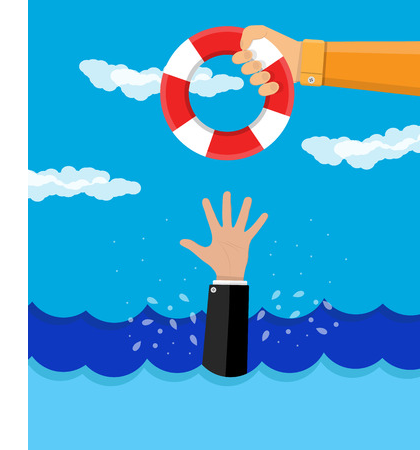 An uninformed and superficial review of the principles of “challenger®️ selling” might lead some people to conclude that it depends on introducing a problem or opportunity that our potential prospect has never previously given any active consideration to.

But even assuming that these projects don’t fall at the first hurdle and that we can turn them into an active opportunity, these “previously unconsidered initiative” projects - particularly if they are dependent on new budget being found - can often result in complex, lengthy and often ultimately unsuccessful sales cycles.

I’m not suggesting that such projects are always likely to end in failure - but they are far from the only way in which we can successfully challenge our customer’s current thinking. There are many other ways in which we can bring fresh perspectives to our prospects in a way that has a good chance of being rapidly accepted and implemented...

END_OF_DOCUMENT_TOKEN_TO_BE_REPLACED

Are your sales people hitting the accelerator too hard? 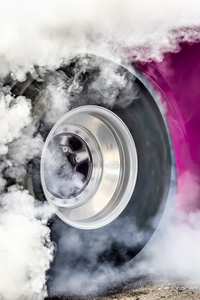 There’s abundant evidence to show that when sales people rush the all-important discovery stage of a complex B2B sale they store up a bunch of problems for the latter stages of the sales cycle - and often find that that the deal ends up stalling or (to continue the motoring metaphor) that they spin off the road long before reaching the finish line of a successful sale.

It's clear that the old adage “more haste, less speed” applies just as strongly to selling as it does to many other aspects of our lives. When we look at what experienced, effective sales people do differently to their less productive peers, we see that they tend to move more deliberately and slowly during the early stages of the sale, and invest more time in deeply understanding the dynamics of the deal.

This has been borne out by a series of analytic assessments of sales performance: all other things being equal, a deliberate and thoughtful approach to discovery allows effective sales people to identify and eliminate poorly qualified opportunities early in the process, and to create the foundation for swifter progress through the remaining stages of well-qualified deals.

END_OF_DOCUMENT_TOKEN_TO_BE_REPLACED

4 things you need to know about B2B buying decisions 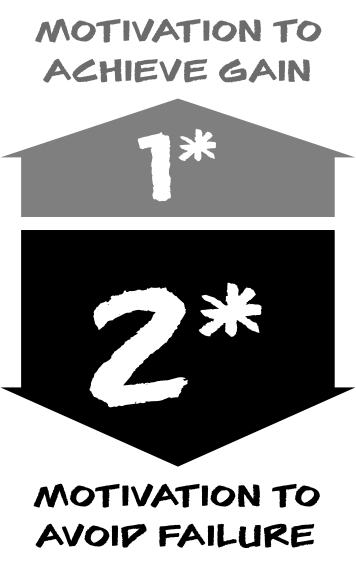 If you think it’s hard to sell, you might want to spare a thought for your potential customers: depending on which research you look at, the majority (around 2-in-3) of their buying decision processes end with them deciding to do nothing at all, and sticking with the status quo.

There is, of course, a connection between our challenges as sales people and our prospective customers’ challenges in reaching a consensus about whether they really need to change and, if so, what they need to change to and which solution represents their best available option.

If you’re determined to do a better job of assessing and influencing your prospect’s intentions, here are 4 key things you need to know about how buying decisions are actually made…

END_OF_DOCUMENT_TOKEN_TO_BE_REPLACED

Who is our Primary Project Sponsor? 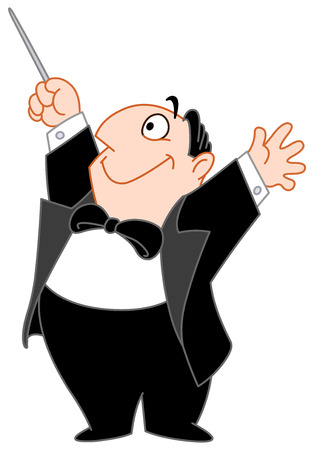 It’s in the nature of complex B2B sales that the buying decision process is likely to be complicated, with multiple stakeholders, diverse and often-competing agendas and often-hidden influencers and gatekeepers.

So it’s no surprise that most sales methodologies encourage us to find a coach, champion, change agent or (in a registered term popularised by the clever folks behind the “Challenger Sale”) Mobiliser®.

It’s a recognition that if we are to win, we need to work through others - that we need to find someone to act as our advocate internally. But being a good advocate for our solution often isn’t enough…

END_OF_DOCUMENT_TOKEN_TO_BE_REPLACED 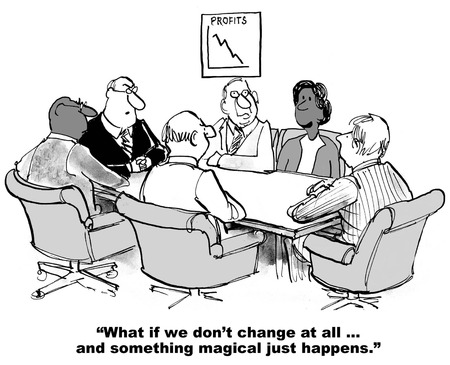 One of the biggest challenges for any sales person when qualifying a new potential sales opportunity is judging whether the deal is real - and whether the initial contact is someone who has the ability to make things happen.

Sometimes it’s obvious that the person reaching out to you is on an information gathering exercise for someone else, or simply pursuing an enquiry based on nothing more than personal curiosity.

But often, the person comes across as credible. They may even claim to be the decision maker. How can we make a more informed judgement about whether they are really capable of driving the change agenda?

END_OF_DOCUMENT_TOKEN_TO_BE_REPLACED

The best sales presentations are designed from the inside out 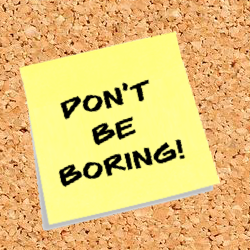 If you, like me, have spent the majority of your working life in the technology sector, you’ve probably sat through more than your fair share of awful, formulaic, and downright boring sales presentations.

You’re likely to have been exposed to more slides packed with the same customer logos, more maps jammed with pins showing office locations and more self-serving corporate positioning statements than any human being should have to endure in a lifetime.

You've probably been subjected to more irrelevant technical detail than any human being should have to endure. And you’ve almost certainly seen and heard the same trite phrases trotted out in pitch after pitch, to the point where they all blur together and you can’t tell them apart: “best in class”, “state of the art”, “industry-leading”… and the list goes on.

But it doesn’t have to be this way…

END_OF_DOCUMENT_TOKEN_TO_BE_REPLACED

Lessons from Chess: why sales people need to think ahead 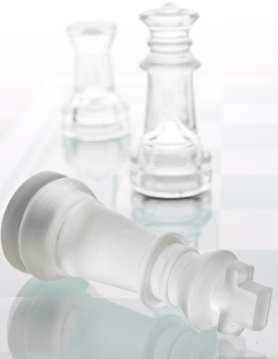 When we observe a chess grand master in action (or an expert in any other similar strategy-based game), it quickly becomes apparent that they are not merely living in the moment but thinking several moves ahead. Pursuing the most obvious immediate move could store trouble up for the future.

The same, of course, applies to selling. The best sales people pursue long-term strategies - and they also give themselves options that allow them to anticipate and adapt to their prospect’s future behaviour.

Perhaps the best example of this is how top sales people adapt their strategies to their entry path into the prospect. There are really two fundamental paths: top-down and bottom-up, and the strategies that need to be adopted vary significantly between the two.