Who is our Primary Project Sponsor? 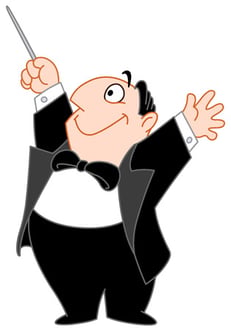 It’s in the nature of complex B2B sales that the buying decision process is likely to be complicated, with multiple stakeholders, diverse and often-competing agendas and often-hidden influencers and gatekeepers.

So it’s no surprise that most sales methodologies encourage us to find a coach, champion, change agent or (in a registered term popularised by the clever folks behind the “Challenger Sale”) Mobiliser®.

It’s a recognition that if we are to win, we need to work through others - that we need to find someone to act as our advocate internally. But being a good advocate for our solution often isn’t enough…

You see being identified as the best option to solve an identified issue is a necessary, but not a sufficient condition for coming home with the order. We can win the recommendation of the decision-making team but end up not winning the business.

I’m not talking about those troublesome and vexing situations where an incumbent supplier with C-Level political clout manages to overturn the recommendation of the decision team, frustrating though those situations are.

Instead, I’m referring to the situation where we end up losing to an entirely different type of competition - in which the customer decides to invest instead in a completely different project.

I’ve come across several examples of these situations over the years:

These decisions tend to be driven by questions of relative strategic priority. The loss may be temporary - the customer may come back at a later stage and approve our project. But is still means that the opportunity doesn’t get closed-won when the sales person forecast that it would.

In complex sales, we don’t only have to defeat the obvious competition - we have to be seen as a key element of a project that the organisation sees as a current strategic priority.

So here’s the problem: even if we are working with and through an effective champion, change agent or Mobiliser® (take your pick of terms) who proves to be capable of aligning their colleagues on the decision team around the unique benefits of our solution and the need for change, this may not be enough.

Because, if the investment is of any significant value, it is likely to be subject to a final approval process by a person or people who have not been exposed to the details of our thoughtful sales campaign. They may not challenge the recommendation of the decision team to use our solution.

But they may well challenge whether the project itself is sufficiently important to justify investment now, compared to the other competing priorities they will inevitably have to balance. This might feel like a situation that is out of our hands - but there are steps we can and should take to mitigate the risk.

First, we need to understand whether the issue is seen by the organisation as Important or Critical. Here’s the difference: organisations know that they have to deal with important issues sooner or later - but they can afford to wait. Critical issues require an urgent response. Projects to address important issues often get postponed.

Next, if the project by itself is most accurately rated as “important”, then we need to see if we can associate the project with a larger business initiative that has been declared by the CEO to be a critical priority. That way, we improve our chances of being towed along.

But perhaps most important of all, we need to find a Primary Project Sponsor who is both directly and significantly affected by the issue and sees it as a top priority and - this is critical - has the political skill and clout to successfully navigate the approval process.

Sometimes, we get lucky and our champion/change agent/Mobiliser® matches this profile. However, it’s dangerous to simply assume that they can assume this vital role. If we have our doubts, we can always suggest to our advocate that we collaborate to engage and persuade the person that can.

Of course, if we can't identify anyone in the advocate/champion/change agent/Mobiliser®/primary project sponsor role, that's a different matter entirely...