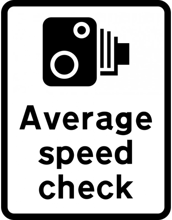 Mark Twain is said to have popularised the phrase “There are three kinds of lies: lies, damned lies, and statistics". In an amusing variation, an obviously learned British judge is said to have categorised witnesses into three classes: “simple liars, damned liars, and experts”.

It often feels like we’re being bombarded by streams of re-quoted, out-of-context statistics from so-called or self-declared experts (often to justify self-labelled “thought leadership” that turns out to be nothing of the sort). And yes, I’ve been guilty of it myself. Maybe you have too.

There’s a fairly standard formula to this: a statistic is quoted, often out of context, and without regard to the limitations of the study from which it was drawn and then used to justify what is in all probability a spurious conclusion. And yes, I’ve probably been guilty of that as well.

But averages are NOT absolute. And none of us, and none of our customers, are average, either. So, it’s time to stop behaving as if we and they are...

In the world of B2B sales and marketing, one of the most egregious examples of misappropriation stems from a CEB research exercise referred to in the article “The End of Solution Sales” in the July-August 2012 edition of the Harvard Business Review.

The roots of the 57% urban myth

The study (also referenced in the CEB’s “The Challenger Customer”) found that participants in a study of B2B customer stakeholders reported that they were on average 57% through a typical purchase process before proactively reaching out to a supplier sales person.

That 57% figure has been repeatedly re-reported without context in order to justify a range of conclusions and positions ranging from the mildly sensible to the obviously absurd (and yes, inbound marketing zealots, I’m thinking of you here). I've written on this subject before.

The 57% was no more and no less than an average from a single study. The presentation of the results did not distinguish between complex or simple transactional sales, between repeat purchases and brand-new sales, between existing and unfamiliar vendors or between buying journeys with a precisely defined set of requirements vs. quests to solve a poorly understood problem.

It’s only an average. And yet if you read some of the references made to it, you might imagine that had the predictive power of an experimentally verified and utterly immutable law of physics (and yes, I know that even these are subject to revision).

It’s only an average. Other apparently similar studies, under other conditions, asking different questions, have come up with different conclusions. The original study was conducted over a relatively short period of time several years ago.

It would be reasonable to wonder whether the results might be different if the study was to be re-run today, or if an apparently trivial change to the question asked or the audience profile was to be implemented.

Studies like this should stimulate our thinking, but we should not allow them to drive our behaviour in the absence of context. We should avoid parroting them (yes, mea culpa again, no doubt) to justify poorly-thought through conclusions.

We can't be both average and differentiated

Our differentiation depends upon circumstances and context. In almost any imaginable complex B2B sales environment, selling an average solution to an average customer in an average way is an unlikely basis for sales success.

When we base our decisions on averages, we end up swimming in a very crowded pool. What we really need to understand are not the averages, but the outliers that represent our “sweet spots” and that help us to segment our markets and to target and qualify our best opportunities.

Do we really want to recruit sales people that are so average that they blend into the crowd? To promote our solutions in a way that sounds like everyone else? Or to publish self-labelled thought leadership that says nothing different from the millions of words that have already been published on the subject?

When we - deliberately or unconsciously - follow the average, we get (at best) average results. And we probably don’t deserve anything more.

I’m not average. I’d rather work with the minority of companies and people that believe what I believe than pander to the average. I hope that from time to time I publish material that makes people stop and think rather than wondering where they read the idea before.

If I requote things, I hope I bring a fresh perspective on them and stimulate people to think differently about the subject. Of course, sometimes I won’t succeed, but overall, I believe that it is at least worth trying.


IF YOU LIKED THIS, YOU'LL PROBABLY ALSO APPRECIATE:

BLOG: Shaping our customer's "why"

BLOG: Starting with "Why?"

BLOG: Are your sales people leading with gain or pain?

Bob Apollo is a Fellow of the Association of Professional Sales and the founder of UK-based Inflexion-Point Strategy Partners. Following a successful career spanning start-ups, scale-ups and corporates, Bob now works with a growing client base of tech-based B2B-focused high-growth businesses, equipping them to Sell in the Breakthrough Zone by systematically creating, capturing and confirming their unique value in every customer interaction.