Up-front agreements: the key to having productive customer conversations 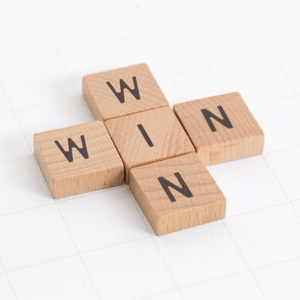 Business executives often report that they look back on the initial conversations they have with sales people and regard them as a frustrating waste of their time. Given this experience, it’s no wonder that it has become increasingly hard to persuade a potential prospect to invest time in talking with us.

And it’s not just the customers who are frustrated. When you analyse the actual outcomes of typical customer conversations, there are far too few genuine advances (in which the customer commits to take a tangible next step) and far too many “continuations” (in which both parties simply agree to keep talking and the sales person takes on any resulting actions).

These continuations can be addictive. We might not have been kicked out, but we haven’t moved forwards either. Once we get into a pattern of having agreeable but otherwise unproductive conversations it can be hard to kick the habit. In many cases, it would have been better for both parties to agree that there was little merit in continuing the discussion.

But we end up pursuing “opportunities” that are actually poorly-qualified lost causes. Their continued presence makes our pipeline look more impressive than it really is - which may offer some unjustified short-term comfort but simply defers the inevitable reckoning.

That’s why many top performing sales people have adopted the habit of using up-front agreements to establish mutual expectations at the start of every significant customer conversation...

The essential elements of an up-front agreement

Up-front agreements are also known as up-front contracts, particularly by followers of the Sandler Sales methodology. I prefer the slightly softer-sounding “up-front agreement” because it seems to better reflect the mutual nature of the approach, but you can use the terms interchangeably.

The up-front agreement should be established after we have discussed and agreed the following elements with the participants, and before we enter into the detailed discussions:

The agreement needs to come across as a perfectly reasonable way of ensuring that the meeting is productive for everyone involved. In addition to the above “scene-setting elements”, it also needs to include:

Both parties can then go into the subsequent main body of the meeting with a clear sense of what they are hoping to achieve, knowing that they have a clear “out” should the discussions prove less productive than they had hoped.

One of the reasons I prefer “agreement” to “contract” is that it encourages the use of natural language and a conversational style rather than an over-formalised and legalistic structure.

You might, for example, say something along the following lines:

“Can I confirm that we will need to finish our discussion by [agreed end time] and that our key agenda items should include [agreed high-level agenda items]?”

“If we achieve those objectives by the end of our [meeting/call], can we agree that it would be reasonable for our next step to be [suggested next step that involves the customer making some sort of investment of time or some other resource]?”

“But if for any reason either us believes that we haven’t made the progress we hoped for, can we both agree that it will be OK to just leave it there. How does that sound?”

The great benefit of establishing this sort of mutual agreement early on in the conversation, rather than leaving a discussion about potential next steps until the end, is that both parties have a clear sense about what they want to get out of the meeting.

And by confirming the available time and how we plan to allocate it to the agreed agenda items, we can help to ensure that we cover what we need to and don’t end up missing an important aspect or having to rush our summary of conclusions or negotiate a next step while under time pressure.

In fact, I can’t think of a single good reason why sales people should not establish an up-front agreement as part of the preamble to any significant customer meeting - can you?

If you enjoyed this idea, I think you'll also like: