What is your Customer’s Minimum Viable Problem? 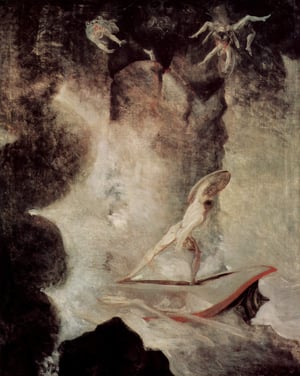 The concept of a Minimum Viable Product is common in the start-up community. It is normally regarded as an initial release of a product that has just enough features to satisfy early adopter customers and provide feedback for future product development.

The concept has parallels in the case of your customer’s Minimum Viable Problem. This is a business issue, opportunity or threat that is significant enough to justify action, but manageable enough to allow a straightforward buying decision.

This is a particularly critical concept for many B2B sales organisations who are faced with opportunities that initially appear to have momentum, but which subsequently fail to convert because of one of two important reasons...

Like the ancient myth of Scylla and Charybdis, finding a path between these two extremes requires exceptional navigation skills.

If, despite our best efforts to make the case for change, the initial business problem simply is not large enough to justify an investment, there is a natural tendency to try to make the problem bigger - but this very often also involves additional functionality that comes with an additional cost.

If we’re not careful, this can result in a runaway “arms race” in which the problem to be solved is progressively expanded and which - in addition to requiring a larger and potentially more expensive solution - often brings new stakeholders into the decision loop.

Sales people can be tempted to follow this path in order to try and maximise the initial potential customer order size, but this strategy brings obvious risks, particularly if this takes the project cost over an internal approval threshold, or if it brings new people with potentially differing opinions or priorities into the equation.

If the customer’s problem does not appear to be initially significant enough, my guidance is to fully explore all the implications and consequences - good and bad - of the currently defined problem.

Remember that studies of buying psychology demonstrate that decision makers are 2-3 times more likely to take decisive action to avoid a pain than they are in the hope of achieving a gain. Be sure that you have explored all of the negative implications of sticking with the status quo - don’t just focus on the upside of change.

And remember that a smaller, easily justified investment can bring your potential customer on board faster and with less fuss than trying to maximise the initial sale. Assuming that your initial solution delivers on your customer’s expectations, there will always be plenty of time to develop the relationship and substantially expand on the initial order.

The most successful strategy appears to be to target, identify and address your customer’s Minimum Viable Problem first - and then build upon your success.

So - what are your Ideal Potential Customer’s most obvious Minimum Viable Problems? How can you identify, engage and qualify them? How can you make a compelling case for change? How can you get all the stakeholders on board? And how can you make the buying decision a simple and straightforward “no-brainer” for your customer?