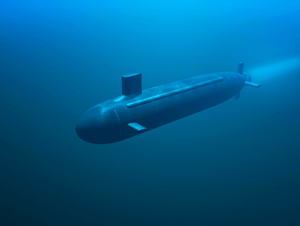 I’ve been commissioned by the International Journal of Sales Transformation to write a series of articles comparing and contrasting today’s most popular sales methodologies, and I plan to share them with you as they are published.

In my first article I turn the spotlight onto Sandler Selling. Introduced by David Sandler in 1967 as an antidote to conventional product-centric, hard-selling tactics, the approach aims to achieve a more equitable balance of power between the buyer and the seller.

By emphasising rapport-building and empathy, and by focusing on the prospective customer’s pains, rather than the vendor’s solutions, Sandler’s methodology seeks to establish the foundation for honest dialogue between the buyer and the seller...

Sandler challenged sales people to put themselves in their prospect’s shoes, to work out where gaps existed between the prospect’s current situation and their desired future state, and to understand how the prospect wanted to buy.

There’s a lot of reverse psychology in the methodology, which draws some of its inspiration from the transactional analysis movement of the late 1960s. It gives sales people the confidence to walk away from situations where they have little chance of winning and supports their self-esteem.

Sandler’s approach is utterly (and thankfully) at odds with the hard-nosed ‘always be closing’ image of selling promoted by films like Glengarry Glen Ross. It gives sales people the right and the confidence to ‘go for a no’ if they cannot get a yes, rather than continuing a lengthy prospect-sales person dance that is destined to go nowhere.

Sandler techniques like the the ‘Dummy Curve’, ‘Reversing’ and ‘Upfront Contracts’ are powerfully applicable whatever other core sales methodology sales people may choose to use.

The dummy curve encourages sales people to ‘play dumb’ rather respond immediately to every request from the buyer - and to avoid the temptation to show how much they know (particularly about their products). Sandler recommends the use of phrases such as “I don’t understand ...”, “help me with ...” “did you mean ...” and so on to get the prospective customer to reveal more about what they are really thinking. It’s a simple but highly effective technique.

The same is true of reversing. Rather than always answering the prospect directly, Sandler coaches sales people to respond - where appropriate - instead with a question that helps to clarify what was really behind the prospect’s initial question. The sales person might, for example, say something like “that’s an interesting question - why do you ask?”

Reversing is an incredibly powerful tactic. It helps sales people to demonstrate their interest, to avoid jumping to unjustified conclusions, to uncover the real under-the-surface issue, to gather more information and to avoid answering unasked questions. It’s also a highly effective way of helping to control the conversation. But beware: if the prospect asks exactly the same question twice, stop reversing and answer it.

Negative reversing is in many ways even more powerful. Most prospects expect sales people to give it the hard sell. But negative reversing upsets that equation. It encourages the buyer to convince themselves of going ahead with the vendor. For example, if a prospect makes a positive comment, instead of jumping in with the expected hard close, the sales person might respond by saying something like “You know, based on what you have told me so far, I would not have expected you to be so interested. What did I miss?”

Upfront contracts are something that every sales person can and should use. It’s a technique for agreeing a future outcome in advance of a sales event. For example, at the start of an important meeting with a client, the sales person might say something like “So - we’ve agreed that our goals for this meeting are (agreed goals) and that we need to finish by (agreed timeframe). We’ve agreed that we need to cover (agreed agenda). If - as I believe we will - we succeed in achieving these objectives, would it make sense to agree upfront that our next step should be to (sales person's desired next step)?”

But you also need to make it easy for your customer to say “no” if there really isn’t a good fit. So you probably want to conclude by saying something like “...but if either of us feels that this isn’t right for them, let’s also agree that we can simply decide not to proceed any further” Giving your prospective customer (and yourself!) an “out” helps to avoid simply continuing a dialogue that has no real purpose.

I’ve lost count of the number of post-meeting debriefs I’ve had with sales people who report that they had a “very successful meeting” - and yet where they cannot point to a single tangible thing that the prospect had agreed to as a result. Can you imagine how much more productive these meetings could have been if the sales person had established an upfront contract (I actually prefer the term “upfront agreement”) at the start of the meeting, rather than waiting to the end to talk about next steps?

I’m less enthusiastic about the ‘Sandler Submarine’ - at least as it applies to complex B2B sales with multiple stakeholders. The Sandler Submarine defines a series of steps that a sale must go though before an order can be achieved.

These steps are: Bonding and Rapport, Up-Front Contract, Pain, Budget, Decision, Fulfilment and Post-Sale. The submarine metaphor suggests that each is a watertight compartment that must be closed and cannot be re-entered in the progression to achieve a sale.

These steps are all relevant, and I think it’s possible that these steps can be managed in this way in relatively simple transactions that involve a simple buyer. But I think we all now recognise that complex B2B sales are inherently non-linear.

If the customer’s decision is strategic and involves multiple stakeholders, it’s almost inevitable that some (maybe many) customers will end up revisiting previous aspects of their buying decision journey, and our sales process needs to reflect this.

For this reason, I think a simplistic implementation of the submarine is inappropriate to complex B2B sales.

Most traditional sales training programmes think in terms of content delivery and completely ignore reinforcement. This is another area in which Sandler offered a breakthrough approach.

The Sandler Selling System is based on the concept of regular, pre-planned reinforcement programmes that last for months or even years. Most training providers would now acknowledge that training without reinforcement rarely delivers the expected results, but Sandler was the first (as far as I am aware) to make this a core part of their delivery method.

I have a number of clients who are enthusiastic fans of the Sandler approach. They are particularly keen on the techniques for emotionally engaging prospective customers - such as reversing and upfront contracts.

They also appreciate the idea of continuous reinforcement, and have seen progressive improvements in the performance of sales people who have engaged in these programmes. The tools and tactics are also very suitable for integration into role plays.

When it comes to complex B2B sales, they also recognise that Sandler by itself is not necessarily a complete answer. Many have successfully blended the buyer psychology tools of Sandler with elements of other methodologies: SPIN® for questioning technique, Miller-Heiman® for understanding decision groups, and Challenger® for constructively challenging the customer’s perception of what they need.

Should you consider Sandler?

If you want your sales people to solve problems rather than promoting products, if you expect them to establish rapport with their customers, and if you want them to engage with their prospects in a way that is distinctively and refreshingly different from traditional sales approaches, you should seriously consider Sandler as part of your methodology.

Subscribing to the International Journal of Sales Transformation

As a founding contributor you can probably accuse me of bias, but I believe that the International Journal of Sales Transformation is the equivalent of the Harvard Business Review or the McKinsey Quarterly for the sales profession. You can subscribe here. I strongly recommend that you do.