Over 40% of projects are ad-hoc: another nail in the coffin of BANT 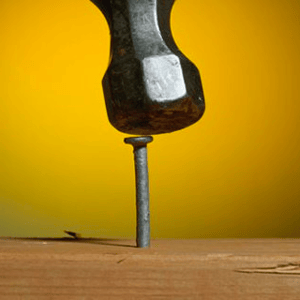 It surprises and shocks me how many sales organisations still regard BANT as a practical way of qualifying sales opportunities. For those who are unfamiliar with the term, it dates back to the steam-driven days prior to the emergence of the Internet, SaaS and modern buying behaviours and stands for Budget, Authority, Need and Timeframe.

Now, at some point, any significant purchase decision probably requires all four elements, but using BANT as an early stage qualifier is madness - something that is reinforced by recent research by Gartner that revealed that over 40% of software buying efforts were ad-hoc rather than formally budgeted in advance.

That means any sales person insisting that leads are “BANT” qualified before they are prepared to engage with them is missing out on nearly half of their potential opportunities - and by the time that all four BANT boxes can be ticked, other more astute salespeople are likely to have reached out to the prospect and influenced their thinking...

Given that (according to Forrester) nearly three-quarters of significant buying decisions go to the vendor that does the most to shape the prospect’s vision of a solution, insisting on BANT as a basis for opportunity qualification feels like an act of reckless self-harm second only to the UK’s decision to vote for Brexit.

The Gartner study (“Tech Go-to-Market: The Quest for Enterprise Agility Creates Opportunities, and Challenges, for TSPs”) revealed that 43% of enterprise technology buying efforts are currently being driven by ad-hoc rather than pre-budgeted projects. And the study projected that by 2021 the figure will have risen to more than 60%.

Those figures are of course averages: Gartner found that enterprises that undertook multiple buying efforts in a given period were even more likely to prioritise ad-hoc projects - and identified significant behavioural differences between different enterprise personality profiles.

There’s an increasing tendency for enterprises to aspire to be agile, flexible and dynamic, and these agile enterprises are even more prone to prioritise ad-hoc initiatives over long- planned and formally-budgeted projects.

This ought to cause great disquiet amongst sales organisations who still insist on applying BANT qualification criteria: it means that there is a real and growing risk that their precious “BANT qualified” opportunities are likely to be pushed aside by more urgent and timely priorities.

Instead of their competition coming from the other vendors that are also pursuing the same opportunity, it will increasingly come from alternative projects and investment opportunities that they may never have identified and which their existing sales methodology probably never encouraged them to consider.

In an increasingly agile, dynamic and ad-hoc world, sales people need to be looking for critical business issues rather than already funded projects. Rather than responding to the customer’s already defined requirements, they need to help their prospects to recognise previously unacknowledged or undervalued needs.

They need to strive to establish the maximum possible value gap between their prospect’s current situation and their future potential. They need to develop both the costs and consequences of inaction as well as the benefits of change.

They need to recognise that the presence of a formal budget is no guarantee that the project will go ahead, and that the absence of a budget for an otherwise well-justified initiative is unlikely to hold a properly qualified prospect back.

It means that they need to assess their initial contact and the rest of the decision group and identify who the “budget shapers” are - the people with the ability and inclination to reallocate funds around the organisation in response to shifting business priorities.

These budget shapers don’t need to wait for new money to be allocated in a future budget cycle - they have the power to strip money away from already funded projects and allocate to new and more important initiatives.

Is your sales organisation still insisting on BANT qualified opportunities? Or have they woken up and recognised that factors like business need, organisation fit, reason to act, urgency and the involvement of a budget shaper are actually far more important indicators?

And have they acknowledged that their best chance of working on deals with these critical characteristics is to get engaged early - before a formalised, budgeted project exists - and shape the customer’s thinking?