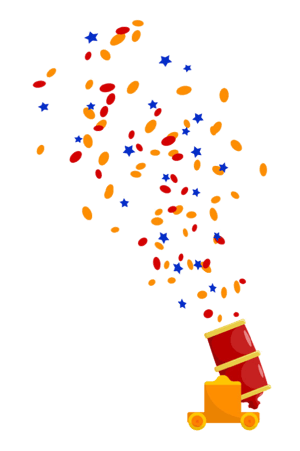 The situation could, of course, be very different if salespeople had successfully engaged with the prospect early, managed to influence the customers requirements and were expecting the RFP. Under such circumstances, there is a much better chance of establishing yourself as “Column A”.

It’s the unexpected RFPs – the ones that arrive without warning and often with unrealistically short timeframes – that are the particular problem. Even if the stated requirements appear at face value to be a good functional fit, it’s highly likely that another vendor has already influenced the prospective customer’s thinking.

I want to acknowledge a legitimate exception: if the purchase is seen to be a familiar, regular and well-defined one (such as the supply of a commoditised raw material, or a customer-designed part or subassembly), there may be little scope for influencing the prospect’s requirements, and without any other leverage salespeople may be forced to compete on price and delivery. There are also certain regulated environments – most specifically the public sector – where documented “level playing field” tendering processes have to be seen to be implemented.

But in most other unfamiliar purchases (where the prospective customer has not previously purchased this type of product or service) there is usually an opportunity to influence the prospective customers requirements and priorities while they are still doing their research and this is often the case in practice in even highly regulated environments.

The value of early involvement

The ability to influence the customer while they are still in the investigating or defining stages of their buying journey turns out to be a critical predictor of a salesperson’s ultimate chances of success. Studies by Forrester and others show that the vendor that is able to take the lead in influencing the prospect’s vision of a solution ends up winning around three-quarters of all contested purchases, leaving the remaining vendors fighting over the scraps, often forced to cut prices and margins to win the remaining deals.

Getting in early and differentiating your approach clearly may even obviate the need for a formal RFP. But in organisations, industries and sectors where RFPs are the norm, preemptively and deliberately targeting, engaging and educating target sponsors and organisations that satisfy your ideal customer profile criteria can help to ensure that you are well placed when the prospect eventually moves into the “selecting” phase and invites proposals from shortlisted organisations.

Hope is not a strategy

I’ve occasionally worked with clients whose prior strategy (if you can call it that) appeared to be to respond to every RFP they received as long as there wasn’t a blindingly obvious absolute disqualifier. They thought and hoped that they quality of their response would somehow enable them to stand out from the crowd.

They devoted huge amounts of resource to their responses. They hoped that the effort they invested would somehow overcome their disadvantages in arriving late to the party. But it almost never did. Their success rates were in the low single digits. Perhaps most galling of all, they were often complemented on the quality of their submissions and told that they were close runners-up.

Second place is the worst position

Consistently coming second is the worst possible outcome. It offers no meaningful reward for the effort invested. It usually doesn’t even offer a particularly helpful learning experience. And all the while, precious resources are being squandered when they could be far more effectively deployed.

Your first response must be to get ahead of the curve. Be clear about the business challenges you are really good at solving, and the characteristics of the organisations that are likely to be suffering from them. Identify the people who are likely to be able to sponsor the necessary change projects and watch out for and monitor the trigger events and catalysts that are early indicators of potential interest.

Identify your target audience, reach out to them and educate them. Build your credibility as trusted advisers and experienced problem solvers rather than promoting your products or services. Give your potential prospects a reason to want to engage with you long before their projects are formally defined.

If your salespeople are still using BANT (Budget, Authority, Need and Timeframe) as their primary qualification criteria, get them to break that counterproductive habit as a matter of urgency. Whilst many RFPs appear to satisfy the BANT test, by the time a budget has been allocated and needs have been clearly defined, it’s often already too late to influence the customer’s vision of a solution. And somebody else will already have done.

There’s no doubt that taking a pro-active, disciplined approach will significantly increase your awareness of upcoming RFPs and your subsequent chances of success. But how should salespeople react if a previously unexpected RFP from an organisation they have no current relationship with slips through the net and arrives on their desk?

Disqualification should be your default

In most situations, the first principle should be to politely decline unless they have tangible and specific evidence that your organisation has a particularly strong chance of winning. They should always request an interview with the key business sponsors before agreeing to respond or investing significant resources. The purpose of that discussion should be to uncover previously unconsidered factors that could influence the customer’s vision of a solution.

If the customer is unwilling – typically with some often-spurious “level playing field” argument - to do that, and yet your salesperson is able to make a persuasive case for still pursuing the opportunity, they should at least ensure that they are given a chance to present their response rather than simply submitting it. And when they do, they might want to consider briefly summarising their submissions and then investing most of the remaining time constructively introducing and discussing unaddressed issues that – in your accumulated experience of similar situations – could and should have been reflected in the original specification.

Allowing your salespeople to be treated as column fodder isn’t fun for them, is rarely productive for you and it almost never has a happy outcome. It’s hard to win when playing a game where some of the other contenders have helped to shape the rules. But the answer is in your hands. When your organisation receives its next unexpected RFP, you should rationally and dispassionately assess your realistic chances of winning.

Your default – unless there are compelling, evidence-based factors at play – should be to politely decline and explain why. If your reasons are credible you be even granted the access you need. And if not, you can invest the resources you would have squandered in finding and engaging opportunities that are in your sweet spot at an early enough stage when you can help to shape your prospective customer’s agenda.