Why sales forecasts go wrong - and what to do about it... 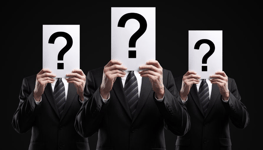 I hope that you enjoyed the holiday season, and are returning to work re-energised and determined to achieve some ambitious goals in 2016. But I wonder if one of your New Year’s resolutions is to do a better job of sales forecasting?

If so, I want to share a few ideas that may help you start the New Year - and finish the first quarter - as you mean to continue…

Sales forecasts are an aggregate of individual opportunities. When organisations are in growth mode, the outcome of every opportunity - and particularly the larger ones - has a material impact on the overall revenue performance.

Unlike high volume transactional sales situations, in low volume complex B2B sales environments you cannot rely on high-level trends and indicators to predict overall sales volume - you have to make deal-by-deal judgements about whether or not an individual opportunity is likely to close.

And in a quarterly-driven environment, making over-optimistic assumptions about the timing of deals that do end up closing - but at a later date - can have a damaging impact. Timing matters: you don’t have to lose the deal in order to lose the confidence of your investors.

Depending on too few decisions

As anyone who follows weather forecasts will know, predicting complex systems is extremely difficult. It’s equally impossible to perfectly forecast the outcome of a complex buying decision. So one of the primary reasons why sales forecasts fail is that there simply isn’t enough slack in the system to take account of unpredictable (or unpredicted) factors.

Therefore one key way of ensuring that future forecasts are more achievable is to ensure that there are more opportunities that have a realistic chance of closing in any given period. This is NOT a short term fix, but one of the key ways of reducing this dependency is to ensure that your marketing and business development efforts are introducing more high-quality opportunities at the top of the funnel. You need to start fixing this problem now - in future quarters, you’ll be very glad that you did.

Let’s face it; most sales organisations contain many more optimists than they do pessimists. Most sales people have a natural bias to believe that the prospect is further advanced than they really are in their buying decision process, and to play down the risk factors that can slow down any complex buying decision.

Now, I’m not suggesting that you need to recruit pessimists into your sales organisation - we can both probably think of dozens of reasons why this would be a bad thing (and why it wouldn’t be a short term fix, either). But you need to balance the natural optimism of your sales team - and their desire to tell you what they think you want to hear - with a process that constructively challenges the sales person’s assumptions, and causes them to recognise what they don’t know or have naively assumed about the opportunity.

Over-estimating the prospect’s willingness to act

There are very few cases in complex sales environments where a truly “compelling event” exists - and even those that do often have an uncomfortable habit of becoming less critical just at the moment you have come to depend on them. It’s hard to create a single compelling event, and risky to depend on one.

If you’re selling software, the movement from selling upfront licences to selling Software-as-a-Service and the consequent shift from CapEx to OpEx has also eliminated many of the “spend it or lose it” end-of-year considerations that used to drive Enterprise Software sales. It’s also harder (and more damaging) for SaaS vendors to perform the ridiculous contortions that many Enterprise Software vendors were willing to do to squeeze a deal into the last quarter of the year (just ask anyone who has sold for SAP, Oracle or any of the other big players).

The other factor that causes sales people to over-optimistically estimate the prospect’s willingness to act is that fact that most major purchases today require the consensus of a large group of key stakeholders. It’s much less likely that a single powerful individual is going to force a decision through without the informed consent of their colleagues.

The most effective remedy for this problem is to build a compelling case for change that is bought into by (and reflects the interests of) all the key stakeholders, and where the costs and consequences of inaction are compounded the longer a decision is delayed. Without this, many decisions will slip - and some will anyway, even if the cost of inaction continues to rise. But at least you will have done your best to make the case for change.

Over-estimating your sponsor’s ability to drive the change agenda

Another common reason why sales people underestimate the time taken for a deal to close is that they over-estimate the ability of their sponsor to drive the change agenda and secure the informed consent of all the other key stakeholders.

I’ve found though various win-loss post-mortems that many sponsors actually don’t know or are unwilling to recognise just how long, tortuous, political and sometimes downright ugly this consensus-building process can be.

And the compounding effect of an optimistic sales person multiplied by an optimistic and well-meaning sponsor can result in some seriously inaccurate calculations about when an opportunity can truly be closed - not just a decision in principle, but a recognisable order.

Mis-identifying or under-estimating the opposition

Ralph Waldo Emerson has been famously misquoted as saying “build a better mousetrap, and the world will beat a path to your door”, but product superiority is no guarantee that you will win the business over a competitor.

In fact, as long as the competing solutions are regarded as sufficiently competent, having the best product is often a relatively minor consideration when compared to the prospect’s perception of risk.

Decision risk can come in many forms, but often includes the risk that the solution won’t work or won’t deliver the results that have been promised. Company risk is another key consideration, which is why early-stage companies have to work particularly hard to displace an incumbent vendor or compete against a well-established player unless the competitor has been particularly incompetent (and even then, their demise is by no means assured).

The clear message here is: don't rely on the superiority of your solution. Rely instead on getting the prospect decision team to agree that you are the lowest risk-option of all the alternatives available to the prospect - and that includes the risks associated with doing nothing.

You can do better!

Anybody who has managed a complex sales organisation for any period of time will know that forecasting cannot be reduced to a science. But you can’t rely on gut feel or untested assumptions, either.

The best way to improve sales forecasting is through a blend of art and science. Start by implementing a sales analytics solution that can help you identify patterns of success and failure, and enable you to recognise when sales people are relying on unnatural acts in order to achieve the numbers they are forecasting.

And then, on a deal-by-deal basis, you need to adopt a forensic mind-set that isolates and constructively challenges the assumptions that are being made in coming up with the sales forecast.

One final thought: as managers, we need to not only constructively challenge the assumptions being made by our sales people. We need also to insist that they constructively challenge what they are hearing from their own prospects, and really dig into the assumptions that underpin what they are being told. Simply saying “I’m only relaying what the prospect told me” can never and should never be an acceptable excuse for an inaccurate forecast.

This article was first published on LinkedIn under the title "Why sales forecasts go wrong - and how to avoid it".