When demographics aren’t enough: how to identify your ideal customers 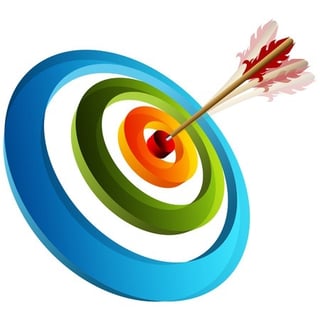 Traditional market segmentation is usually based around the core demographic attributes of company size, sector and location: for example, we might choose to target medical equipment companies turning over £100-250m located in the South East of England.

But, as many sales organisations have learned, this simple approach to segmentation really only scratches the surface, and tells us very little about whether any individual organisation is likely to be a prospect from our solution now or at any time in the future.

That’s because demographics are only really useful for defining populations - our potential target universe - but are a wholly inadequate way of identifying markets...

It’s probably worth establishing the difference between populations and markets. Populations - whether of people or companies - share a handful of common physical attributes. Markets, on the other hand, are groups of potential buyers who share a set of common wants, needs and behaviours.

Geoffrey Moore neatly summarised the nature of a true market in his best-selling book “Crossing the Chasm” as:

This certainly starts to scratch below the surface of what we need to know in order to identify, target, attract, qualify and engage more of the right sort of ideal customer organisations - and to qualify out the companies in the overall population who are never realistically likely to buy from us.

Past buying behaviour is an invaluable indicator - not just whether they have previously bought from us, but also the approach they take when deciding whether they need to act and in evaluating their options.

In technology-based markets, potential customers typically have a track record of behaving as early adopters, as pragmatist mainstream buyers or as laggards. It’s unusual for organisations to act as leading edge innovators in search of competitive advantage for some buying decisions and then on other occasions to switch to behaving like conservatives that only move after the majority has already paved the way.

If we’re bringing a breakthrough solution to market, it’s critically important that we understand each prospective customer’s appetite for innovation. This won’t necessarily stop a laggard organisation from wanting to engage with us nor will it prevent them from consuming significant amounts of our time - but it will have a major bearing on our chances of converting them into a customer.

We also need to understand whether our best prospects lie with established market leaders, with up and coming fast growing challenger brands or amongst the majority of survivors that make up the biggest slice of most markets. Our company and solution positioning has a critical impact on our relative attractiveness to each of these sub-segments.

Other important indicators include the type of solutions they already have in house: for example, if you’re a SaaS vendor, it’s best to look for organisations who already have a track record of implementing cloud-based solutions. This used to be a critical qualification factor for SaaS solutions: more recently the growing acceptance of the cloud has made it a less common constraint.

Behavioural factors can also come into play. For example, where does the decision making power really lie in the organisation? Is it highly centralised or broadly distributed? Is it concentrated in one or a few departments or spread widely across the organisation? This has a significant influence on which stakeholders we need to target.

There are, of course, many more factors that can influence the relative attractiveness of our potential prospects. How do we decide which are most relevant to us? It's useful to start by reviewing our best existing customers and our recent wins and losses. We need to look for the common characteristics that correlate to success or failure - and make sure that we take into account prospects that simply decided to “do nothing”.

It’s highly likely that a number of the most important data points will turn out to be things that we typically can’t get hold of if we try to acquire lists from an external source - and after all, that’s perfectly understandable: they represent our organisation’s unique qualifiers.

That’s why continuous research is so important: Once we know what you are looking for, we can initiate desk research to capture some of the factors we’ve identified as being important. Corporate websites and business social media feeds can provide invaluable insights, as can LinkedIn and other similar sources.

Of course, it’s likely that much of the most valuable information can only be gleaned through conversation: and naturally once your sales people know what they need to be looking for, they can choose to ask the appropriate questions.

Telephone based research can profitably start from the very first phone conversation: that way, we can validate what we’ve already uncovered through desk-based research, and ask targeted questions that help to reveal the picture we now know we need to be looking for.

Once trust has been established - and as they broaden the dialogue to other contacts within the prospect organisation - your sales people can rapidly build up a more informed profile that will allow them to make smarter and more accurate assessments about both the potential quality of the opportunity and the best strategy to pursue.

You might find this guide to identifying your ideal customers useful.

A fellow of Association of Professional Sales, Bob Apollo is the founder of UK-based Inflexion-Point Strategy Partners. He works with the leadership teams of high-potential B2B sales organisations to systematically transform their sales performance. Follow him on Twitter at @bobapollo.