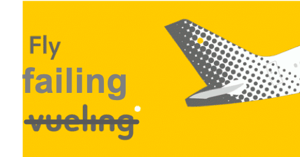 I hope you will forgive me this rant, but in addition to allowing me to vent my frustration, I believe the story contains some important messages and lessons...

French Air Traffic controllers earn around €106,000 euros – around three times the average French wage. Despite this and an impressive range of other benefits (including job security), they are so dissatisfied with their lot that they are prepared to strike on a regular basis without regard for their impact on the population it is their duty to serve.

Their motivation appears not to be driven by principle or a concern for safety, but by pure bloody mindedness and arrogant greed. As a relatively small number of individuals, they clearly seem to have a remarkable leverage and disproportionate power over the lives of hundreds of thousands of regular citizens.

They struck last Thursday. I was one of many swept up in the ensuing chaos, and it proved an interesting example of chains of failure of both systems and people – resulting in the customer experience being even worse than that caused directly by the strike. I’m writing this while are events are still fresh in my mind - heading back from Barcelona after a 12-hour delay which could - if left to the carrier Vueling - have been 36 hours or longer.It amounts to a case study in failure to prepare or adequately respond to predictable events. The strike, although not widely publicised in advance, had been known to those responsible for contingency planning for a while and infrastructure-critical French workers have been famous for their bloody mindedness for decades.

Disruptions and delays were clearly to be expected (and no doubt celebrated by the strikers). But it was concerning and frustrating that none of the potential sources of truth – whether the airlines’ mobile applications, the airport website, the airport departure boards or the electronic signage at the gates ever presented consistent or accurate information.

As a result, the travelling public were left even more in the dark than they would otherwise have been. Systems that you would hope and expect to be consistent managed to communicate departure time expectations that had more than a two-hour variation at the same point in time.

The confusion and miscommunication continued upon boarding the plane. The cabin crew soon after announced a further 3-hour delay and proposed that passengers should temporarily disembark “for their comfort”.

This was, of course, a lie. Despite their repeated assurances that this was a strictly temporary arrangement, as soon as we returned to the terminal, it became very obvious that this had been no more than a deceptive and dishonest ruse.

It was completely unclear what passengers were expected to do or where they should go. When we eventually caught sight of a departure board - after midnight - we were presented with the information that the flight had been cancelled.

A little background might be helpful at this point. I had bought my tickets directly from British Airways, and the flights all carried BA flight numbers. It turned out that the affected leg was a code share flown by Vueling but as far as I was concerned, I was buying the British Airways experience.

You can expect a certain amount of chaos when the passengers of multiple planes arrive back in the terminal all anxious for clarity about what happens next. You can expect the queues to be long and restless. But when you eventually speak to an agent, you might hope that they would be empowered to sort things out and be keen to avoid making the customer experience even worse.

I didn’t mind having to wait in line in what was turning out to be an increasingly fractious queue of frustrated non-travellers. But I believe that I am entitled to expect the customer service agent, when I finally get to talk to them, to be concerned for my best interests.

Despite the fact that I could see that the first BA flight back that morning still had a small number of seats, and despite the fact I had booked and paid for the entire return trip with BA, the Vueling agent flatly refused to rebook me on the flight – it would have to be a Vueling flight, and I would have to wait more than 24 hours for their next available flight.

At that point, I attempted to get help from British Airways. Because the cancelled flight was obviously past the scheduled departure time, their mobile application was unable to facilitate the change.

So I tried their call centre, which – as I discovered – was offline just when you could really have done with speaking with an intelligent and concerned human being (the cabin staff work 24*7 so why BA can't establish a call centre for these sort of emergencies beats me).

So I then tried the BA Twitter account, which initially responded promising they would do whatever they could do to help then refused to respond to my series of urgent messages asking about progress.

I had been monitoring ticket availability with increasing concern and was eventually forced – with one seat remaining on the next British Airways flight – to buy a brand-new single ticket at more than twice the price I had paid for the full return flight.

Don’t worry, I thought: I've nearly flown enough with the airline to merit a lifetime Gold Card. When I tell them the full story – that it was only as the last resort, as a result of shortcomings and failings in the functionality of their systems and my inability to engage in dialogue with a human being who could help, and given the manifest shortcomings and downright bad attitude of their code share partner, they will willingly refund that unnecessarily and excessive additional charge.

Nothing of the sort. British Airways refused (and have so far continued to refuse) to acknowledge that I had exhausted all other options, and that buying a new ticket was an act of desperation caused by deficiencies in their systems. Their Twitter account - despite the fact that all the transactions had been conducted via BA - unhelpfully suggested that my only recourse was to pursue Vueling. Given my still fresh experiences with Vueling, you can understand why I had zero confidence in that course of action.

I think there’s a lesson here. Adversity offers organisations and the people who represent them to either show their best or their worst. The increasing dependence on online systems means that these applications must enhance rather than detract from the customer experience. And people must be empowered to do the right thing by the customer.

If British Airways have clear opportunities for improvement, I can can only conclude that Vueling failed spectacularly. I may not be able to avoid travelling with BA in the future, but you can guarantee that I will never travel again with Vueling even as a BA code share. And you be sure that I will share my warning whoever will listen.

So – when your systems and your people face their next emergency, will they be prepared, able and motivated to help? Or will they “do a Vueling”?

After composing this on the plane, a glimmer of hope emerged (no more than that, at the moment). I shared my experiences with the stewardesses, who were genuinely concerned and sympathetic. A few moments later, the Cabin Service Director came to see me, appeared to agree with my position, took down the details, and promised to get BA Customer Services to contact me.

This is BA’s opportunity for redemption. I haven’t heard back from Customer Services yet. It’s their chance to accept their responsibilities, and to acknowledge the paramount importance of the customer experience. At the end of the day, this will not be down to systems, but to the decisions of a single empowered individual who is prepared and able to do the right thing.

How will this all pan out? I’ll update this article when I hear from them. Holding my breath in the meantime would probably be unwise.

I've now heard back from Carol Fernandes of British Airways Customer Relations. Despite being in full possession of all the facts, she failed to recognise or act upon the opportunity to put things right.

Here's an extract from her email which I imagine you will - as I did - regard as utterly patronising and completely unsympathetic:

"While I appreciate your reason for asking, I'm afraid we're unable to refund the cost of your new booking. I'm sorry to disappoint you. I've also checked our records and can see that the refund for your unused ticket has already been processed to your original form of booking.

Although, no words of mine can change what happened, but I'm genuinely sorry for the problems caused to you. The level of service you've recently received certainly isn't what we want our passengers to experience, so we’re very grateful you’ve taken the time to let us know what happened.

Thanks again for getting in touch with us. We value your loyalty as a Silver member of our Executive Club and I hope you will fly with us again soon to restore your faith in our service."

I was so incensed with that response (and so unprepared to give up) that I directly emailed Carolina Martinoli, BA's Director of Brand and Customer Experience and finally something happened.

At last, I got a call back from a human being (Rebecca) who cared and was empowered to address the problem. She acknowledged that her colleague had been completely wrong in her handing of the situation, and immediately proposed a satisfactory resolution.

So - all's well that ends well? Only sort of. Why on earth did I have to invest so much time to get to an answer that could have been reached without me having to spend hours of my time doggedly pursuing my rights?

Faced with similar circumstances, what would you do next? If your company had received a similar complaint, how would you hope that your organisation would handle it?