Is it time to stop allowing the Covid excuse? 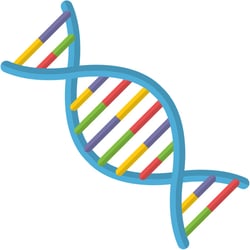 One of the most illuminating elements of Objective Management Group’s sales evaluation methodology is the way in which it explores and exposes each salesperson’s motivations, mindset and self-limiting beliefs - their “Sales DNA”.

The findings are clear, and the correlation irrefutable: even if salespeople have been trained in areas such as prospecting, reaching decision makers, qualifying, consultative selling, selling value, forecasting and “closing”, these skills are most effective when they are combined with an appropriately positive sales mindset.

By “appropriately positive” I don’t mean the reckless over-confidence that you can observe in some old-school salespeople, and which almost always results in them under-delivering against their promises.

I mean the self-awareness, the self-honesty and the unwillingness to make or accept excuses that characterises the most consistently effective salespeople...

The willingness to accept responsibility for the outcomes of one’s actions is - in my experience at least - one of the abiding characteristics of top-performing salespeople, whereas the habit of finding excuses and blaming others for failure is one of the most common character flaws that prevent less-effective salespeople from ever achieving their potential.

Let’s face it, this isn’t helped by the loss reasons that are typically served up by CRM systems, or the way in which losses are evaluated in many organisations. Salespeople rarely report or acknowledge that they were outsold, or that the deal was never real and should have been qualified out earlier - and yet if you really dig into the detail these often turn out to be the real reasons for failure.

Instead, unsuccessful salespeople often report that they lost on price, or on functionality, or because of market conditions - the most striking of which has been “Covid” over the past year.

Now I’m not trying to suggest that Covid hasn’t hit many companies and many industries hard. And I’m not going to suggest that the world has returned to normal. But I ask you to take account of the fact that some companies, and some salespeople, have nevertheless managed to perform well ahead of the expectations of the naysayers and the excuse makers.

Accepting reality - and dealing with it

They did this by recognising that the world they were trying to sell into had changed - and that they needed to change their strategies accordingly. Often that meant redefining their value proposition or their target audience. It also frequently involved changing their sales tactics and qualification criteria.

Unfortunately, many others failed to seize this opportunity to reinvent themselves and their organisations. They used the coming of Covid as a convenient excuse to redirect attention from their own shortcomings. They continued to apply old standards to new situations.

If you or your organisation have found it convenient to blame Covid for some of the sales failures that you could have anticipated and avoided, now is the time to break that habit. It may still be harder than it used to be to do business. But some of your competitors will emerge stronger if you don’t make the effort to ruthlessly re-evaluate what you need to do to be successful in our still unpredictable future business climate.

By taking responsibility, by acknowledging our shortcomings and by doing something about them, we can emerge stronger. We can emerge both more honest with ourselves and more confident in ourselves and in the organisations we work for.

It’s time for managers to lead

Now, more than ever, it’s time for front-line sales managers to lead and not just to manage. Start with being honest with yourself and by expecting similar self-honesty from your salespeople. Help them to recognise that the biggest single influence on their success as sales professionals is their commitment to taking personal responsibility.

Managers need to support their salespeople in embracing self-honesty as a mindset, in avoiding excuse-making, in coaching them to eliminate any negative habits and beliefs, and in learning from every experience. And if members of the team can’t buy into their responsibilities as professional salespeople, maybe they need to be persuaded to follow a different career path.

By the way, you can learn more about Objective Management Group’s award-winning sales evaluation methodology here.