Why we chose to partner with Membrain 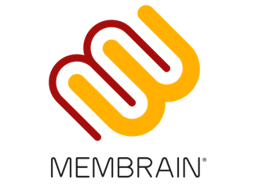 Inflexion-Point has just announced a partnership with Membrain to incorporate our Value Selling System® methodology into their groundbreaking sales effectiveness platform for complex B2B sales.

We’re delighted to build on what has been a long-standing relationship, and I thought it might be worth highlighting some of the key motivations behind this important initiative.

Any sales leader responsible for a team of B2B-focused sales people that are selling into a complex B2B buying environment is facing a set of challenges that simply don’t exist in more transactional sales situations. You may recognise some or all of the following issues...

THE PROBLEM WITH MOST CRM SYSTEMS

The problem with most CRM systems - and therefore with most CRM implementations - is that they simply weren’t designed to cope with these complexities. Here are a few simple examples that I hope will illustrate the point:

You are probably familiar with a number of related issues. And whenever enlightened sales leaders have attempted to address the challenges in the past, it has typically involved a long and often eye-wateringly expensive customisation of their CRM platform. So even if they recognise the problem, many sales leaders don’t think that a practical and affordable solution is available.

Membrain’s CRM has been designed from the ground up to address these issues as a central design objective, rather than as a bolted-on afterthought. The platform probably represents over-featured overkill to organisations with a B2C or a simple transactional B2B sales model - but those organisations are already well served by an ever-growing choice of conventional CRM platforms.

We see Membrain's approach as a perfect fit for the organisations that represent the vast majority of our client base: well-funded, fast-growing, B2B-focused, tech-based businesses with a disruptive value proposition that are selling into complex B2B buying environments and need to engage, influence and persuade a number of significant buyer stakeholders.

The Membrain approach is designed to facilitate widespread and rapid adoption across a sales organisation, and we’re aiming to accelerate that process further by embedding the well-proven principles of successful complex B2B sales into our Value Selling System® powered by Membrain.

Our clients now face an equally attractive and effective choice: if they have no current CRM system, or are so dissatisfied with their existing CRM that they are ready to start afresh with a much more effective platform, they can choose to deploy the Value Selling System version of Membrain CRM.

Or - if like many of our clients - they are committed to using salesforce.com but want to do a much better job of opportunity management, they can implement the Value Selling System powered by Membrain directly into their existing salesforce.com implementation. Either way, they will get all the benefits of a modern guided sales process that their sales people will actually want to adopt.

The potential benefits - in terms of shorter sales cycles, higher win rates, larger average deal values and getting more sales people on or above quota - can be truly transformative.

Take a look at the 2-minute video below to preview this powerful combination in action. And if you like what you see, why not get in touch to find out how this new partnership between Inflexion-Point and Membrain could help to transform your sales effectiveness?

Thanks for reporting a problem. We'll attach technical data about this session to help us figure out the issue. Which of these best describes the problem?

Any other details or context?