Is your 'coach' a mobiliser or an immobiliser? 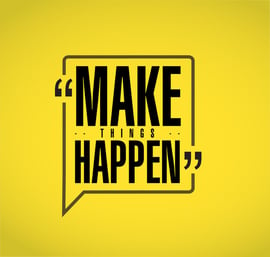 Most conventional sales methodologies encourage salespeople to find at least one coach inside the potential customer’s organisation who is willing and able to give them honest feedback and guide them through the decision-making and approval processes.

It’s supposed to be even better if the coach turns out be an enthusiastic champion of your approach. But finding a champion won’t necessarily significantly improve your chances of winning the deal, unless they are capable of mobilising their colleagues...

Other than inevitable purchases where the customer absolutely has to do something, the majority of apparently well-qualified but ultimately unsuccessful B2B sales opportunities end up being lost to “no decision” rather than to an obvious competitor.

So, it should be obvious that your salespeople need to identify and engage with someone who is not only an effective coach and an enthusiastic champion of your approach, but also someone capable of mobilising their colleagues around the need to take decisive, urgent action.

The critical need for consensus

These internal consensus-builders are often critical to success in complex B2B sales opportunities. Without an enthusiastic and effective mobiliser, the project itself is likely to stall or fall by the wayside.

An over-reliance on the wrong sort of coach or champion - on someone who lacks these critical mobilising attributes - can create false confidence that things are going your way. In fact, the person you have depended on can turn out to be more of an immobiliser than a mobiliser.

And the longer you allow yourself to go along for the ride, the harder it can get to break your growing dependence on an often likeable, apparently enthusiastic champion and navigate past them to find a genuine mobiliser who can actually improve the chances of success for both the project and your approach.

But this need not mean rebuffing your coach or champion - simply persuading them that it is in everyone’s interest for you to jointly seek and out and persuade a mobiliser with sufficient internal authority to make sure that the project goes ahead and is successful.

These mobilisers are not always the most senior final decision-maker or approver - but they have the ear and the respect of the people who are. They typically have a growing internal reputation as a safe pair of hands and a trusted and effective change agent.

Mobilisers understand how decisions really get made inside their organisations, who is most influential, and how to get them onside. They are effective consensus builders. And they understand how to navigate their way around the obstacles that often lie in the way of getting projects approved and implemented.

Because of their involvement, the project is more likely to get approved. If you can convince them that your approach is the one most likely to achieve the desired outcomes, you can expect to earn their support. And your confidence in the ultimate success of the projects will be boosted by their involvement.