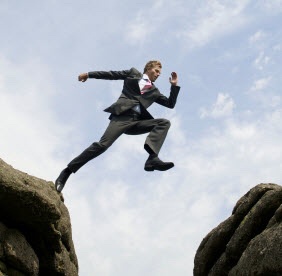 In the majority of sales organisations, a high percentage of sales revenue is generated by the same minority of top sales performers, quarter after quarter. According to research published by the CEB in “The Challenger Sale”, this performance gap between top sales people and the rest is amplified in complex, high value sales environments.

They found that in a transactional selling environment, the performance gap between average and star performers was 59 percent - but in complex sales environments the gap was almost 200 percent - more than three times as wide. It’s clear that even a modest narrowing of this gap could drive a dramatic improvement in revenue.

The natural response from many sales leaders who are faced with this situation is to resolve to hire smarter next time, or to invest in sales training - but neither strategy seems to have a particularly good track record. When it comes to recruitment, it seems that there simply aren’t enough natural high performers to go around...

And when it comes to sales training, there’s abundant evidence - much of it from the training providers themselves - that simply putting sales people through an occasional series of training courses does little to drive sustained performance improvement.

In the post-startup, pre-corporate, growth-phase companies with whom I largely work, my observations suggest that the only lastingly effective way of bridging this sales performance gap is through a programmatic approach that engages every member of the sales team in the quest for continuous improvement.

There are two particularly important contributor groups: the first group are our current top performers; through a combination of interview and observation we need to understand what they know and do at each stage in the sales cycle, and encapsulate this learning in defined yet adaptable sales processes that serve to guide the actions of every member of the organisation.

The other critical constituency are our first-line sales managers: if they haven’t bought-in to the concepts, and if we haven’t prepared them to coach and mentor their teams, all the evidence suggests that our chances of executing a successful change programme are slim-to-none.

I’ve come to believe that the key to success lies in getting the whole sales organisation to feel a sense of collective ownership of the performance improvement programme. They need to be actively engaged in helping us establish what good currently looks like - and what great could look like if we could only get everyone pulling together.

Some find this hard to reconcile with the traditional view of the independently minded top sales performer whose overarching goal is to achieve their number and maximise their commissions, without much concern or regard for how their colleagues are doing.

But I think many sales leaders have already recognised that this is an ineffective and unsustainable model. The rate at which sales people and teams need to learn and adapt to an every more demanding customer base means that collective learning and sharing of best practices has become an essential foundation for top performance - and something that even the “lone wolves”, no matter how successful they might have been in the past, can afford to ignore.

If it is to have maximum impact, this team effort needs to embrace more than just the sales organisation: In many of today’s fastest growing companies, marketing’s role has evolved far beyond branding, demand generation and brochures to a genuine partnership with sales in which an increasing amount of their effort is directed to not just finding opportunities, but providing the sales organisations with the tools to progressively qualify and close them.

If you’re serious (and why wouldn’t you be?) about bridging the sales performance gap, I suggest you start by understanding the common characteristics of your top performers, analysing what they know and do at each stage in a successful sales campaign, and working out how to guide the remainder of your sales team to replicate these winning habits. You can then encapsulate this information in your defined sales process.

This article was originally published in the September 2016 edition of the International Journal of Sales Transformation. You can download a pdf of the article here.

A fellow of Association of Professional Sales, Bob Apollo is the founder of UK-based Inflexion-Point Strategy Partners. He works with the leadership teams of high-potential B2B sales organisations to systematically transform their sales performance. Follow him on Twitter at @bobapollo.