Technology-based businesses, with a few notable exceptions, have an unfortunate and self-limiting habit of selling on specification - and of believing that positioning their product or service as faster, cheaper or better is the key to making customers want to buy.

Whilst there are visible examples of that strategy working in rapid replacement cycle consumer markets like smartphones, there are three obvious problems with that line of thinking in high-value considered-purchase business-to-business situations. 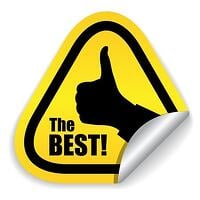 The first is that in a lame attempt to differentiate, vendors end up claiming that their offering is “better” in an artificial or irrelevant dimension that is of no interest to the prospect and has no positive impact on their buying behaviour.

The second is that in a technology feature-function arms race in a competitive market, no one vendor is likely to be able to sustain “better” indefinitely as each generation of product leapfrogs the previous one.

The third and most important is that intelligent buyers recognise that on any rational analysis every vendor can’t possibly have the superior offering, so they are inclined to discount all these “better” claims for what they are: irrelevant and unsustainable puffery.

Standing out from the crowd

Basing your positioning on claiming to be better usually results in lazy and ineffective marketing. So how should serious business-to-business vendors aim to stand out from the crowd?

The clue lies in the word “differentiation”: if you are selling to an intelligent audience, your prospects are smart enough to either ignore or devalue messages that sound similar - and that’s why bleating out “better” won’t grab their attention.

What they are listening for is something that sounds different - for memorable messages that stand out from the crowd and which intrigue them enough to want to learn more. That’s why any successful attempt to differentiate must focus on the things that are truly different about you.

Given the rapid evolution of technology, differentiation based on specific product features is hard to sustain and in any case much less relevant when your buyer is thoughtfully evaluating a long-term investment rather than a one-off transaction.

Under these circumstances, any claims of current-generation product superiority are much less relevant than your prospect’s confidence in your long-term approach - and that’s where true sustainable differentiation must be established.

If you are to set yourself apart from your competition in a sustainable way, you need to convince your prospects that you have a demonstrably different and provably superior approach to addressing their most important issues.

Your attitude - and their experience

This is less a function of visible product functionality than it is of your company’s attitude, approach, architecture and philosophy. It’s about the lasting experience the prospect can expect if they choose to do business with you.

While short-sighted product-centric companies are focusing on what they do, their smarter competitors are explaining why they choose to do what they do, and how their approach delivers a superior experience.

It’s an approach that Apple has absolutely nailed in consumer markets, and it’s a philosophy that was convincingly communicated in Simon Sinek’s memorable TED video, “Start With Why”.

If you really want to stand out from the crowd, you need to start by showing how and why you are different, and only when you have established this then go on to explain how this drives superior long-term experiences and outcomes for your customers.

In the long run, having a sustainable and provably differentiated approach will always out perform short term positioning based on shiny baubles and spurious claims of product superiority. And curiously enough, it seems to drive superior results in the here-and-now as well.