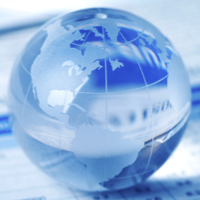 Accurate sales forecasting is a particular challenge in high-value complex sales environments with lengthy sales cycles. Given that we are trying to anticipate the collective decision of a group of decision makers, it’s safe to conclude that perfection is an impossible goal.

But it’s also clear that every complex sales organisation has significant room for improvement when it comes to forecast accuracy. Studies by CSO Insights and others have concluded that average forecast accuracy on a deal-by-deal basis has remained stubbornly stuck for years at below 50%.

This tends not to be an issue in high-volume, low-value transactional environments, where the inability to accurately predict the outcome of an individual deal gets washed away by the law of averages. But if you’re only working on a limited number of high-value opportunities, a few misjudgements can make the difference between having an excellent quarter or missing by a mile…

QUALIFICATION SHOULD NEVER BE A ONE-TIME PROCESS

That’s why continuous requalification is such an important factor in the accurate management of high-value complex sales opportunities - and why thinking of qualification as a one-off event in these sorts of sales situations is such a bad idea.

It also explains why making “qualification” a defined stage in your sales process is likely to send out utterly misleading signals to your sales people. The truth of the matter is that - if it is to be effective - opportunity qualification needs to be conducted on a continuous basis.

NOT JUST IF, BUT WHEN?

Of course, none of this is ever static. An apparently small change in either the internal or external environment can make a huge difference to the relative importance of the decision. It’s all too easy to discount such changes as being unlikely to affect the outcome.

In fact, your sponsor may be encouraging you to believe that the change won’t make any difference. That may be convenient and comforting to you both, but it’s all too often untrue. There is an almost inexhaustible list of things that could go wrong in a deal.

And even if you conclude at some stage in the process that the overused BANT qualification criteria have been satisfied (here’s why I think BANT is a flawed basis for qualifying opportunities) then there’s absolutely no guarantee that this will still remain true at any point after your initial assessment.

That’s why I believe that in complex sales, qualification has to be a continuous process against increasingly demanding criteria, why I am convinced that sales people must regularly recheck their previous conclusions, and why sales managers must regularly re-inspect qualification rather than assume that it has been done well.

Here’s the thing: top performing sales people don’t need to be told to do this. They have too much respect for their own time to waste it on opportunities that they are never likely to close. They like qualifying out. They are glad to see the back of unlikely deals. But they are in the minority.

THE ROLE OF THE FRONT LINE SALES MANAGER

The majority of sales people often have - unfortunately - quite different instincts. They are inclined to hold on to opportunities until it is obvious to everyone else that they have probably already been lost. They are concerned that qualifying out an opportunity reduces the perceived value of their pipeline. So they hang on far beyond the realistic “sell by” date.

Put simply, the average sales person needs help. And that help is best provided by their first line sales manager. After all, it’s in the manager’s own enlightened self-interest that their sales forecasts are accurate - or it certainly ought to be.

The first line sales manager also brings a set of experiences accumulated from across their whole sales team as to which opportunities are real, and when they are most likely to close. And yet most pipeline reviews still work on the assumption that the sales person is in the best position to judge.

That’s why I’ve long been an advocate of the role of the front line sales manager as “devil’s advocate”. Rather than the usual routine of asking the sales person (yet again) what the value is, when it’s likely to close, and whether they have changed the (often CRM-imposed) probability they assign to the deal, they should, instead, be asking the sales person to justify why the opportunity should still be in the pipeline or forecast at all.

I’ve observed an interesting - and when you think about it - quite predictable difference in the reaction of sales people to this regime. The top performing sales people tend to relish it - they like being challenged because it helps them to stay on top of their game.

But the weaker sales people often resent it - the process challenges their sometimes weak critical thinking skills. It makes them feel uncomfortable, and they often switch to defensive mode. But that’s nowhere near how uncomfortable they ought to end up feeling if their unsupportable assumptions about an opportunity are (eventually) proved to be wrong.

GET ROBUST ABOUT QUALIFICATION

My advice? Get robust about qualification. Constructively challenge your sales people’s judgement. Make them justify their assumptions. It will show who the strong performers are. It will give you some clues as to how to improve the performance of middle-of-the road performers who have the right instincts. And it will help to accelerate your identification of the sales people that have no chance of “making it”.