Complex Sales: the #1 rule when responding to RFPs 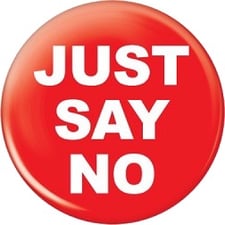 Unless, of course, you have played a significant role in shaping the prospect’s requirements and the timing and contents of the RFP comes as no surprise. Or if you’re unfortunate enough to be selling into a government department that is only allowed to buy that way*.

If you’re in a regular commercial complex b2b sales environment and the RFP arrives out of the blue, even if you can convince yourself that you could be in with a chance, it’s almost certain that you are simply column fodder, invited in to make up the numbers. The statistics are painful...

Win rates for companies that arrive late in the requirement-shaping process are painfully low - somewhere between 1-5%. It’s an awful return on the huge amount of resource that regularly gets thrown at RFPs, and it’s no surprise that industry giants like SAP very rarely agree to respond to unanticipated RFPs.

The reason is simple. If they can’t shape the agenda or the buying decision process, they would rather not play by anybody else’s rules. And why should they? More to the point, why should you - when your resources are far scarcer than theirs?

But if, despite the odds, you’re still determined to respond to one of these bluebird RFPs, you should do so only under one specific condition - that before you submit a proposal the prospect grants you an audience with key members of their decision team when you can share your experiences, explore their issues and see if you can bring fresh thinking to bear.

Don’t be fobbed off with a promise that you’ll be granted access after your proposal has been submitted. It’s usually too late then (but if you insist, I suggest how you need to finesse the situation below). And if they agree to a pre-proposal meeting and then renege on the agreement for whatever reason, no matter how credible, you’re entitled (and should, unless you like wasting your resources) to withdraw from the tendering process.

If you really feel forced to respond

You might - usually mistakenly, in my experience - still feel forced to respond. If you can genuinely afford the resources, go ahead. But at least ensure that you are given the chance to subsequently present your proposal to the decision group. And when you do, I’m going to suggest that you don’t actually present your proposal.

It might seem counter intuitive - reckless even - but that is, of course, exactly what all the other hapless bidders will be doing. With luck, they will bore the group senseless presenting what the audience could have read for themselves. I’ve seen consistently greater impact from an intentionally opposite approach.

Other than a 5-minute précis, invest the rest of the time drawing on all your invaluable experience and presenting your perspective on what the prospect could and should have asked for in the proposal, but didn’t - and why the missing elements matter so much to the ultimate success of the prospect’s mission.

There’s every chance (I’ve seen this happen more often than you would believe) that if this message is delivered with finesse, you’ll get the prospect thinking about the issues you’ve just surfaced, and about how they need to address them if the project is to deliver the desired results.

At minimum, you might just have made the current lead vendor's life harder and hopefully a ton more uncomfortable. But there’s a decent chance that your intervention could change the trajectory of the buying process in your favour. So be brave. After all, if you don't, the odds are probably already stacked against you.

The best approach, of course, is for your sticky fingerprints to be all over your prospect’s vision of a solution. If you can get in early, define the issues and catalyse the change process, there’s a reasonable chance that you may be able to avoid a formal RFP at all.

But even if there’s no avoiding the need, you’ll at least know that the RFP is going to be based on a vision of a solution that you have co-developed with the prospect, and that the other players are most likely there to ensure that due process is seen to have been followed.

One word of caution: even if you’ve manoeuvred yourself into the box seat, be aware that some smart competitor could adopt exactly the same disruptive strategy that I’ve just recommended to you. And if you haven’t anticipated that possibility, then shame on you and good luck to them!

* Which is, of course, why governments are serial offenders when it comes to failed procurement projects - and how they end up wasting so much of our taxpayer’s money.