I’ve been called in by a number of clients who believe that they have a bottom-of-funnel sales problem. Their sales opportunities just seem to be piling up and getting stuck in the later stages of the sales pipeline. They imagine that their sales people need help with their closing techniques. But when you dig into it, the problem is almost always somewhere else...

They have been looking in the wrong place. The real problem typically turns out to be not closing techniques, but opening techniques. A careful examination of the evidence often shows that their sales people have been starting off on the wrong foot, and rushing the all-important early stages of the sales engagement.

An opportunity to explore 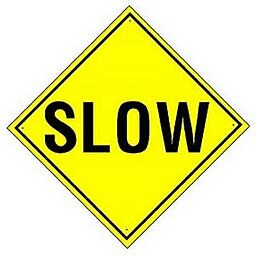 If a sales opportunity isn’t set up in the right way from the start, it becomes progressively harder to bring it to a successful conclusion. And brute-force attempts to get the situation back on track (whether though clumsy closing strategies or any other desperate measure) more often than not result in the whole deal getting derailed.

You see, the early stages of any sales engagement inevitably have a profound impact on the future evolution of the deal. This is no time to rush, to prematurely pitch your product or promote your company, or to gloss over critical qualification questions. Instead, you need to take your time and explore the situation thoughtfully.

What’s the cost of doing nothing?

Most top-performing sales people do this instinctively, and with good reason. They have far too much respect for their own time (let alone anyone else’s) to squander it pursuing poorly qualified opportunities that are unlikely to buy, or that they are unlikely to win, or that would consume far too much of their resources to ever be profitable. Better to find that out sooner rather than later.

That’s why the early discovery phase is so important. You first want to satisfy yourself that a real issue exists. Having the prospect acknowledge a need is just a small part of this. If the prospect cannot identify the potential costs, risks and consequences to their company of not dealing with the issue, it’s unlikely that they will ever be persuaded to spend money on solving it.

But even if the prospect acknowledges a clear issue, and can associate significant costs and risks with sticking with the status quo, that’s still not enough to justify investing sales resources on the opportunity. You also need to understand who else is affected, and how, and whether they are also likely to see the problem as worth solving.

Is the issue a new one? If so, what has triggered the change? If the issue is a long-standing one, what is causing the prospect to think that this is the right time to address it? How have they tried to deal with the issue before? What were the results? Why has it become so important that something is done now, rather than at some indeterminate stage in the future?

Resisting the itch to pitch

It’s not enough to establish that your prospect has a clear motivation to change. You also need to determine whether the criteria they are likely to use to evaluate potential solutions play to your strengths, and if and how you might be able to reshape the prospect’s vision of a solution in your favour.

By resisting the “itch to pitch” and investing instead in creating the conditions for a successful sale, you’ll avoid wasting far more time and resources later on in the sales cycle - not just your own time, but that of your colleagues and - ultimately - your prospect as well. And you’ll have a much basis for qualifying unwinnable deals out early.

Rushing through the early stages of a deal in an attempt to close it faster almost always has the opposite effect. So how can you get your sales people to slow down and build the proper foundations? One of the best ways to ensure this is by implementing a documented sales process and formalised qualification criteria.

They might not thank you for being a hard task master now, but they will later. Start by insisting that the requalify all the existing deals in the pipeline. Don't be surprised if the result trashes the value of their pipelines. But at least you'll know the true state of affairs, and you'll be able to do something about it.

If you’re a UK-based CEO or Sales and Marketing executive in an expansion-phase B2B technology company, there are still a few places available at an executive workshop in London on 20th September. You can find out more here.