Are your sales athletes rocks or sponges? 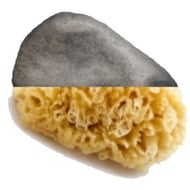 With the Rio Olympics drawing to a close and with some remarkable individual and team performances still fresh in our memories, this is perhaps an appropriate moment to reflect on what sales people and sales organisations can learn from the world’s top sportspeople.

There’s no doubt that the profession of selling could be improved by embracing ideas like the accumulation of marginal gains and a focus on “controlling the controllables” - both subjects I plan to return to in the coming weeks.

Sir Clive believes that great teams (whether in sport or business) are made up of great individuals. But this doesn’t mean that there can be any excuse for tolerating “lone wolves” in either team sports or sales organisations.

You’ve probably come across a number of these individuals in your business career - if you’re running a sales organisation today you may recognise some in your current team. They are often highly self-confident, and dismissive of process or rules.

They are the prima donnas of any sales organisation. Those that survive do so because they appear to be effective at selling and consistently delivering their numbers - because if they weren’t, they would have been fired long ago.

They may not be loved, but they are often tolerated. But after reflecting on the growing importance of collective learning in any modern sales organisation, I’m convinced they are going to have to adapt if they are going to survive.

The innate self-confidence of lone wolves often means that they see little value in sales training - after all, haven’t they already mastered the art? Just as bad, they often fail to contribute their accumulated personal learning for the greater good.

Let’s be clear - even if a sales organisations consists of a set of individuals with personal quotas and compensation plans, no modern sales organisation can expect to survive and thrive if it isn’t also a proper team.

This means that every member of the sales team needs to be teachable. Everyone - no matter how experienced - needs to act like a student. Everyone needs to think of themselves as being on a personal development journey that is still a long way from its destination. And the most experienced need to help teach the rest.

New team members usually take on the role of the student easily. It’s only the established players - and particularly the lone wolves - who sometimes act as if they have known and seen it all and have nothing more to learn. By the way, I’m not suggesting that this is a universal rule: I’ve known many highly experienced (and exceptionally successful) sales people who have never lost their curiosity nor their passion for continued self-development.

But if we’re to stand any chance of creating a winning sales culture that is relevant to the market demands and customer expectations of 2016 and beyond, we need to challenge and if necessary break any remaining symptoms of a “know it all” culture.

The world our customers inhabit has changed and continues to change so fast that the survival of sales teams and sales individuals depends absolutely on everyone’s willingness to change and to contribute their experiences to the benefit of others.

Sir Clive makes a telling distinction between “rocks” and “sponges”. Every team member, no matter how senior or how experienced, needs behave like a sponge that is open and willing to learn rather than as a rock that is resolutely rooted in the status quo.

Rather than believing that they know it all, everyone needs to acknowledge that there is always scope for marginal gains in their knowledge and effectiveness, and to believe that the accumulation of these incremental gains has the potential to deliver transformational performance improvements.

That’s why we can’t afford to tolerate any “rocks” in our organisation any more, no matter how well they may have performed in the past, or what short-term impact their departure would have on our immediate results.

The longer we delay, the harder it will get. As Woodward has learned, “It’s often the most experienced person in the organisation who is unteachable. If you are serious about winning at the highest level you have to be serious about not having a single rock in your team”.

If we have any lone wolves or rocks in our organisation, we owe it to them to give them a chance to change. But if they refuse to change, surely we owe it to the rest of the team to eliminate their malignant influence?

A fellow of Association of Professional Sales, Bob Apollo is the founder of UK-based Inflexion-Point Strategy Partners. He encourages and enables sales organisations to control the controllables, to eliminate avoidable errors and to embrace proven patterns of success. Follow him on Twitter at @bobapollo.

This article was originally published on LinkedIn