Avoiding the curse of premature elaboration 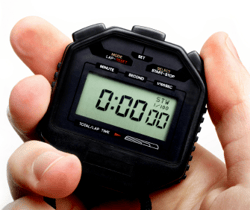 Apparently, someone once offered a definition for the split second as “the time between a customer giving the merest hint that they might have a need and the sales person rushing to pitch their solution”.

It’s a common problem, and I must credit Mike Bosworth (author of Solution Selling) for being the first person to have the wit and creativity to so memorably describe the condition as “premature elaboration”.

It’s a starkly suggestive phrase, an unfortunately common ailment, and a terribly ineffective way of selling - particularly in complex B2B sales environments where doing a rushed job of discovery can have all manner of negative consequences for the subsequent sales cycle...

You might have heard the condition referred to as “the itch to pitch”. At one level, you can understand why sales people might be tempted. They might have endured a series of unproductive sales calls or meetings during which their previous prospects didn’t acknowledge any needs or express any interest in solving them.

Now, at last, when the sales person finally feels that they might actually have found a live prospect we can understand how talking about their “solution” (a subject we might hope that they have some familiarity with) or demonstrating their product can act as a release for all that pent-up frustration.

But succumbing to premature elaboration is about the worst thing a sales person could do in response to the prospect’s just-acknowledged need. The potential customer might have identified a need that the sales person believes they have a potential solution to, but they know very little else.

They don’t know the relative importance of the issue. They don’t know whether their prospect regards the issue as urgent, important or something that - although frustrating - they can live with.

They probably come across to the customer rather like a quack doctor who prescribes two aspirins for a headache without making any attempt to understand what the underlying problem is - leaving a potentially life-threatening condition undiagnosed.

Worst of all, the moment they start down the path of proposing a solution, they make it that much more difficult to reverse the process and fill in all of the many remaining missing blanks in their discovery process.

Curiosity might have killed the cat, but curiosity (and its close friend discovery) is the essential life-force behind every complex sales situation. Sales people need to restrain the temptation to tell their prospective customer what they can do for them until they fully understand (and have preferably influenced) what their prospect believes they need to do.

Let’s not blow our chances by switching into sales mode too early. Let’s invest in discovery. And let’s refuse to give in to the temptation for premature elaboration... 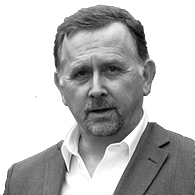 Bob Apollo is a Fellow of the Association of Professional Sales, a regular contributor to the International Journal of Sales Transformation and the founder of UK-based Inflexion-Point Strategy Partners. Following a successful career spanning start-ups, scale-ups and corporates, Bob now works with growth-orientated B2B-focused scale-up businesses, equipping them to Sell in the Breakthrough Zone® by systematically creating, capturing and confirming their distinctive value in every customer interaction.