Are you fooling yourself about your funnel? 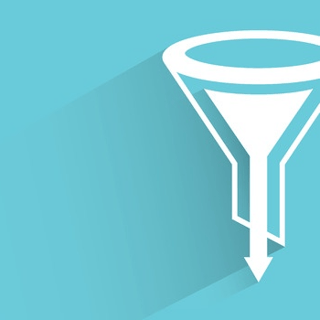 CSO Insights’ annual reports have always been a source of much inspiration, and this year is no exception. Their 2016 Sales Behaviours Study - involving over 1500 respondents - is the first one to be released as part of the MHI Group (you may recognise them as Miller Heiman), but the conclusions have lost none of their edge - or their power to shock.

Funnel Management is a classic example. At face value, the surveyed organisations appear to have a relatively high level of satisfaction with their Funnel management process - 71% reporting that it was “good enough”. But when you dig into the underlying data, it becomes clear that the surface finish of satisfaction conceals a great deal of complacency.

In fact, the latest study concluded that suggested that the survey respondents were actually wildly optimistic about their funnel management capabilities. Here’s why…

Surely, one of the primary purposes of sales funnel management ought to be to generate reliable revenue forecasts? And this is where “good enough” rapidly morphs into “significant room for improvement”.

You see, when the participants were asked how often opportunities closed in the time frame originally forecasted, more than 60% of them felt that this was an area where their existing processes failed to meet or exceed expectations.

The majority believed that this was an area that needed significant improvement or a radical redesign. So it’s clear that most current funnel management and pipeline review processes are simply not fit for purpose.

Given all the money that has been thrown at CRM systems over the years, this is a pretty damning indictment of the current state of the art. Less than 50% of forecasted sales opportunities close as expected - which makes current sales forecasting techniques statistically less reliable than tossing a coin.

Now, I’m not going to suggest that you should give up any attempt to forecast - but I do want to propose that you adopt a number of initiatives that have been proven to facilitate funnel management and improve forecast accuracy.

I suggest you start by qualifying the prospect’s pain. If it is merely irritating or important, rather than genuinely business critical, chances are they won’t mind deferring their decision for a while - or kicking the whole project into the long grass. Never mind their Return on Investment - that’s a later stage consideration. What about their Cost of Inaction?

WHERE ARE THEY IN THEIR PROCESS?

The next thing you need to do is to understand what stage your prospect has reached in their decision process. If you are still basing your pipeline stages primarily on what your salesperson has done, then good luck to you, because you’ll struggle to predict anything with any accuracy. The only effective way of defining pipeline stages in complex sales environments is with reference to your prospect’s buying decision journey.

WHERE ARE YOU IN THEIR RANKING?

If you haven’t managed to differentiate your solution in the eyes of the prospect, then you had better be either the cheapest or the safest solution, because that’s what they will end up choosing. Claiming that you add value in ways that are not directly relevant to them simply makes you look more expensive than you ought to be. Don’t do it.

CAN YOU REALLY DO BUSINESS TOGETHER?

Prospects might buy tactically - to solve a particularly compelling pain. But they choose vendors strategically - because of a shared vision. If you’re selling solely on the basis of product capability, rather than because your vision aligns with that of your prospect, then your prospect will treat you like any other vendor, rather than as a long-term partner.

If you’ve got any reservations about whether you’re currently putting all of these considerations into practice or if (more likely) you suspect a few top performers are, but the rest of your sales organisation isn’t, it’s time to shake off any remaining complacency about your funnel management.

I’d suggest that it’s time to rethink your sales process - and to ensure that what emerges reflects both the winning habits of your current top performers and the best practices of today’s leading sales organisations. You see, in today’s competitive climate, “good enough” is rarely actually good enough.