According to projections by Gerhard Gschwandtner (CEO of SellingPower magazine) and others, we’re going to need to employ far fewer sales people by the end of the current decade - and the trend is already kicking in.

From the demand side, there are many explanations for this trend - amongst them the modern, digitally-savvy prospect’s understandable tendency to delay wanting to engage with a sales person until far later in their buying decision process, and the rise of “self-service” B2B sales models. 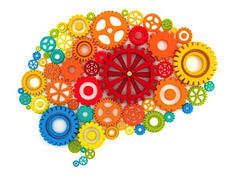 And from the supply-side, despite the fact that the one thing that a bad sales person typically can sell is themselves, profiling tools are making it a lot easier to recognise the common characteristics of top performing sales people and to avoid hiring duffers - If only we knew what to look for, because that has changed.

The changes in buying behaviour - as evidenced by the research that led to the publication of "Insight Selling" - also mean that traditional “relationship” or “solution” sales behaviours are becoming increasingly ineffective, irrelevant and downright irritating to the modern buyer.

Whether you agree with the size and scale of the downsizing - Gschwandtner controversially predicted that, of the 18 million salespeople currently in the United States, fewer than 3 million will be needed by 2020 - there’s clearly a fundamental change underway.

Whatever the slope of the curve, we’re clearly going to need fewer out-and-out B2B sales people. We manifestly need far fewer of the old-fashioned ogres, and the sooner we flush them out, the better. But there’s an obvious consequence: we need the remaining members of the sales species to be far smarter.

We need a new level of sales intelligence

The modern sales person can’t rely on a sales script, or a rigid sales process. They have to be smart enough to able to listen, react and adapt to what’s going on around them whilst still keeping control of the sales conversation. They need to be able to add value to every customer interaction, and to help the prospect see things from a fresh perspective.

After every conversation, we want every qualified prospect to feel that they learned something useful from the discussion, and that they want to learn more. By the way, we’ve still got a long way to go: a recent Forrester study revealed that only 1 in 8 meetings with a sales person were rated “valuable” by the prospect.

Intellectual intelligence is necessary but not sufficient

Some level of raw intellectual intelligence is obviously necessary, as is a strong sense of “always be learning” curiosity on the part of the sales person. But that of itself is not enough.

We need our sales people to demonstrate cognitive intelligence - they must have the ability to reason, and to uncover the patterns in the information they are absorbing…

Some of these forms of intelligence can be clearly taught, but some of them are innate. Some of the old school battle-wagons are simply going to be unconvertible - and the kindest thing to do for them would be to help them recognize and confront the issue. It may be time for a new career.

Is this person smart enough to work for us?

I think that some of the key questions that interviewers probably need to ask themselves when evaluating potential new sales hires are:

Is this person smart enough to work for us? If they aren’t likely to measurably move the average intelligence of your sales force up a few notches, they probably aren’t good enough to join them

Is this person smart enough to have their prospects believe that every interaction has been worthwhile? If not, and if you care about your brand, they probably aren’t good enough to represent you

Does this person visibly demonstrate a balance of intellectual, emotional cognitive and digital intelligence - and yet still have the potential to develop further? I guess you know the answer to this one

In a world of fewer, smarter sales people…

We’re heading towards a world of fewer, smarter sales people. How many of your existing sales people are going to be able to shape up? And if they are not, are you prepared to wait for your sales numbers to fall into irreversible decline before you do something about it?